LOS ANGELES 101: FIRST TIMERS GUIDE TO SURVIVE (AND FALL IN LOVE) IN L.A.

Visiting LA and don’t know where to start planning your trip? This first-time guide to Los Angeles will solve all your doubts! 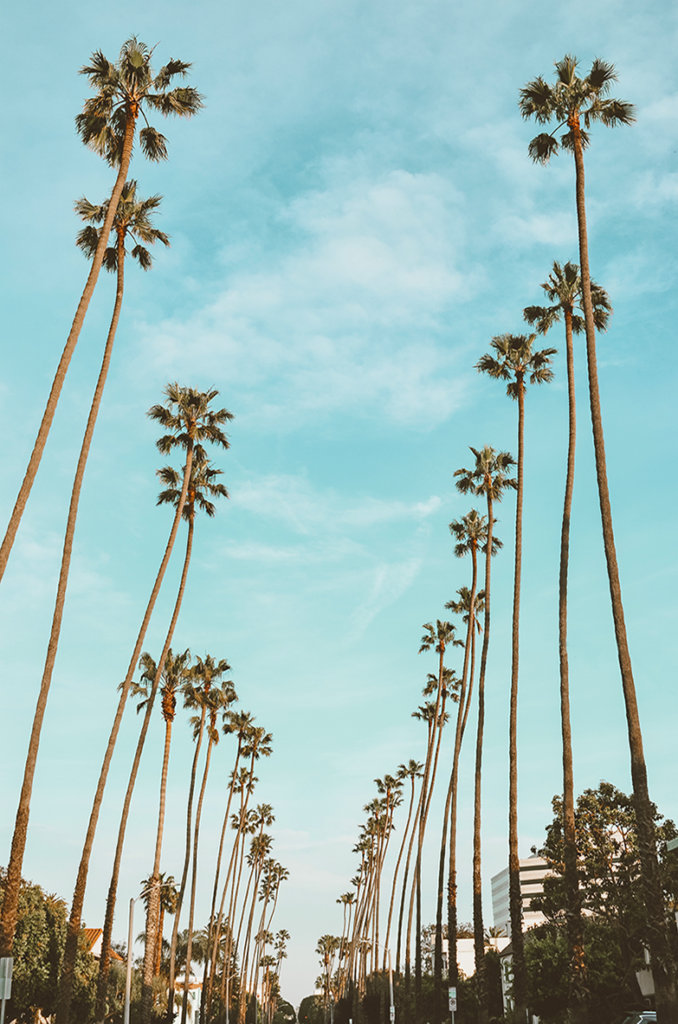 I’ve lived in L.A. from 2013 to 2016 and I still go back and forth to visit friends every time I can, so I get a lot of people asking me tips and hacks about this fabulous city and what to do in Los Angeles if it’s first time in town. 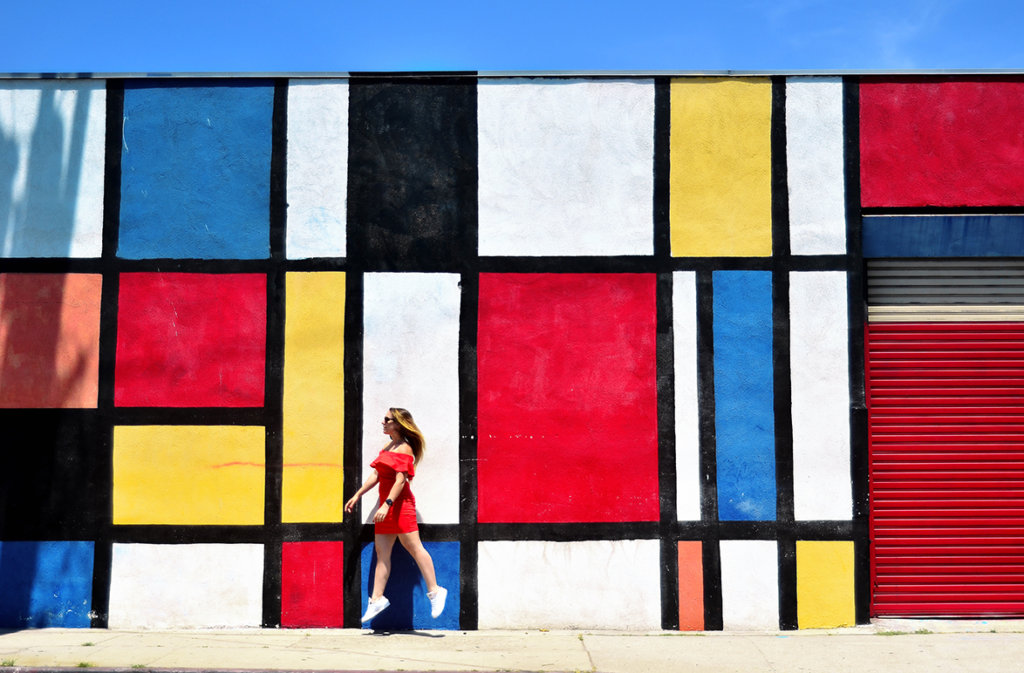 This is because Los Angeles is not the best city to visit, in my opinion, but it’s the absolute best to live in. You gotta get to know it, you gotta get used to it. It’s not super touristic, it doesn’t have a specific center, it’s not crazy glamorous… But I adore it. It has everything you’ve ever imagined and even more. It’s my favorite town in the world and nothing can compare to it!

– For European Citizens: you don’t need a specific visa, just apply for ESTA (here’s the link) a month before leaving. This allows you to stay in the U.S. for 3 months. Apply prior at your embassy if you need a longer tourist visa (3-6 months).

– Print out your flight back ticket. They’ll probably ask you at the boarder a proof that you are getting out of the country in time.

– Get an adapter! This is what you will need:

– Get an International phone plan for your cellphone. Wifi is common but you might need connection to get around more than you think! I don’t recommend buying a local SIM since phone bills tends to get crazy (I used to pay 70$ a month with T-Mobile).

– Stay open minded. L.A. is definitely not all glamour like they portray in movies, but it has a lot to offer!

I usally book my flights through Skyscanner.com or Volagratis.com. The cheapest airlines that cover Europe-LA are AirBerlin (German) and Aeroflot (Russian), but expect long layovers or your flights to be modified last minute if you pick these two companies.

HOW TO GET AROUND LA

From LAX I suggest getting a taxi to wherever you have to go. After that, never get in a cab again. I personally Uber (or Lyft) everywhere. You won’t experience the stress about parking, which in LA is THE real nightmare.

If you plan on renting a car I recommend Avis USA or Budget Rent a Car. Be aware of the tickets! LA is famous for its crazy tickets given for even the smallest dumb reason (make sure you read the signs very well!).

Public transportation in LA is mmmm.. Not simple. The underground doesn’t reach many points of attraction and the buses are likely to arrive late (they’ll still bring you destination though). Again, if you are not on a super tight budget I recommend using Uber.

Despite all the things I’ve heard about LA, I’ve never felt unsafe in this town and nothing bad ever happened to me. There are some crazy people around though, so be mindful! Don’t stay late in Downtown LA or Venice Beach alone (especially the Boardwalk). Buses can get dangerous after sunset and a lot of homeless people tend to remain on the buses forever.

If you arrive at LAX, try to not book your hotel nearby Inglewood (as a lot of people tend to do for apparently no reason), unless you plan to stay locked in the hotel at night.

WHERE TO STAY IN LA

I lived for one year in Westwood and two years in West LA (Sawtelle-Santa Monica).

I suggest you to stay as close as you can to the ocean, especially if you plan to spend some time at the beach or to visit Malibu as well. I wouldn’t stay in Downtown LA unless if you have business to do. West Hollyood is a good alternative as well, an pretty central.

Get 25$ off when you book your first Airbnb stay with this link: www.airbnb.it/c/reneemooraf

WHERE TO EAT IN LA 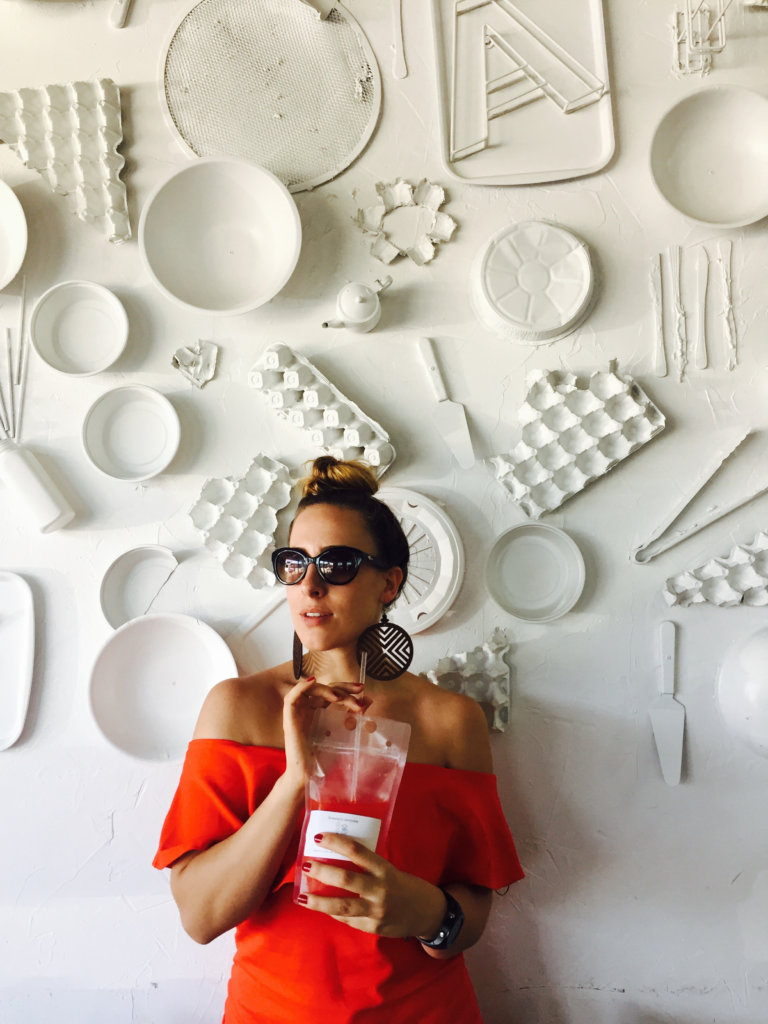 Novel Cafè – Westwood (I had a million lunches here while attending Ucla- try the Shrimp Salad!)

CHAINS THAT I LOVE:

Chipotle (I’m obsessed with their rice bowls. Gosh I want one right now.)

WHERE TO DRINK IN LA

The Bungalow – Santa Monica (most popular bar in Santa Monica, with a Wes Anderson vibe. Basically where all the cool kids are)

The Abbey – West Hollywood (most famous bar in WeHo) 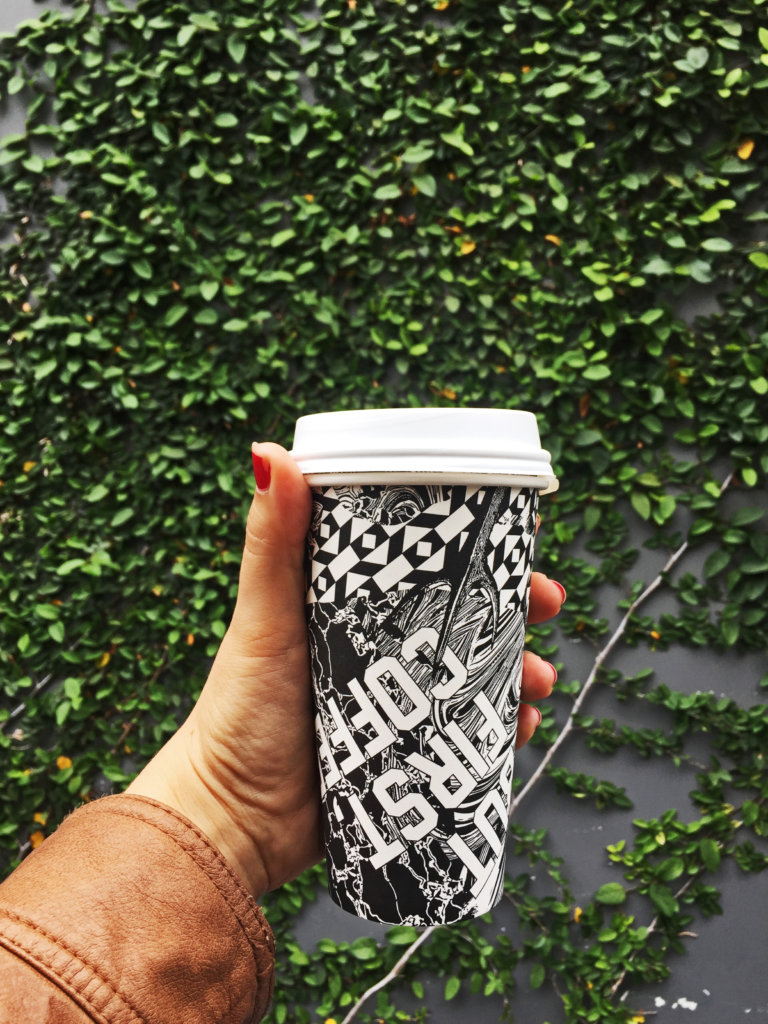 The Grove – Mid Wilshire (since you are there stop by The Farmers’ Market as well!)

My favorites are Trader’s Joe (so many delcious organic goodies!) and Ralph’s (where you can find absolutely ANYTHING). If you want something fancier, try Whole Foods.

The first time I saw an American grocery store I was VERY impressed. They’re HUGE compared to European ones and have all sorts of products! Have fun exploring 😉

WHAT TO SEE IN LOS ANGELES

If you don’t have much time, go see Venice Beach and Santa Monica first, since they represent the essence of Los Angeles.

Then for sure go exploring West Hollywood, Melrose and La Brea, then over to Hollywood and Downtown LA.

Hollywood is NOT fancy as they like to portray in movies! There are gonna be plenty of homeless people around… Are you hoping to see celebrities on the Hollywood Blvd? I must warn you… You might get disappointed! They hang out in completely different places.

Book a tour in one of the studios! When one of my friends visited, we got tickets for Universal Studios and we had a blast! Plus, they recently opened a Harry Potter themed section as well!

Must see/do in Los Angeles the specific neighborhoods: 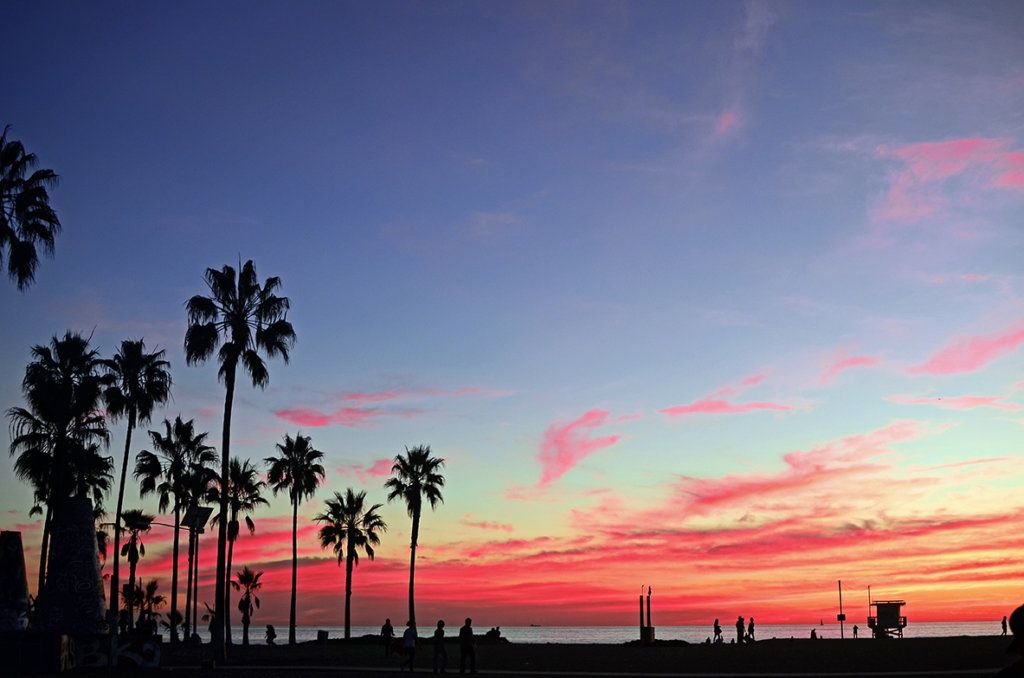 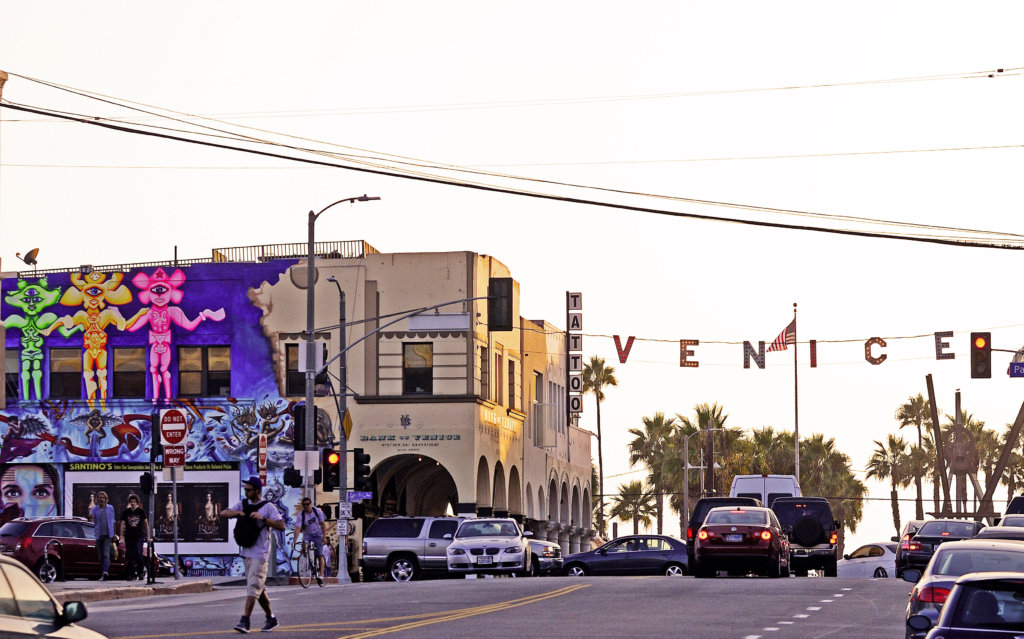 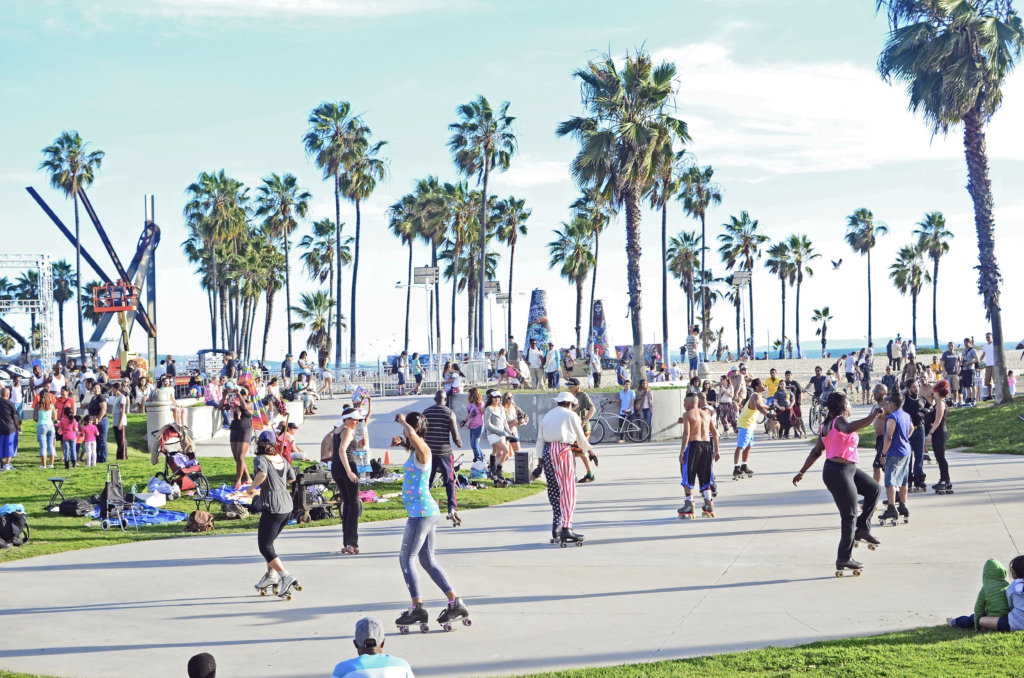 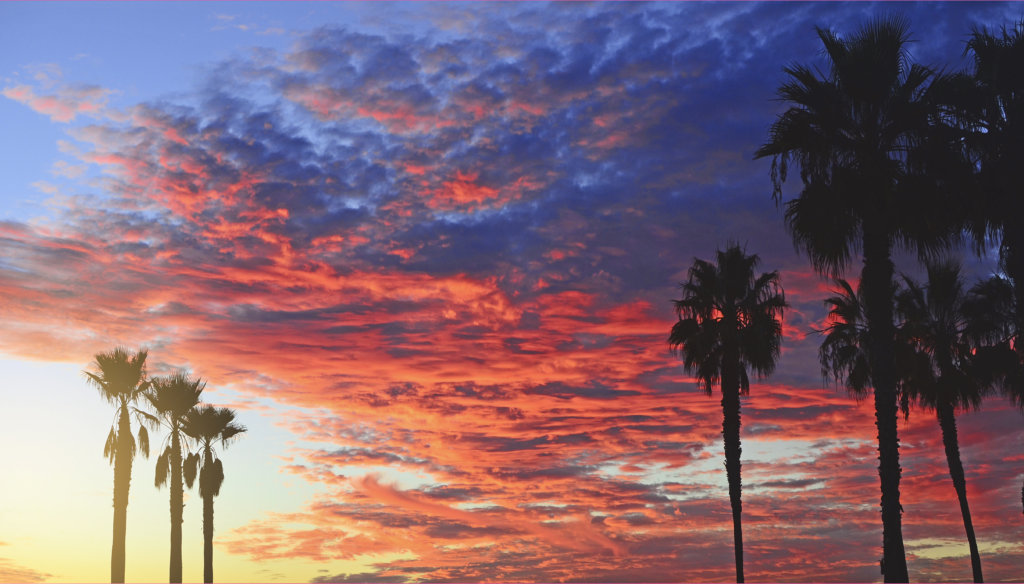 Don’t forget to pass by the beautiful Venice canals as well, close to Abbot Kinney road. 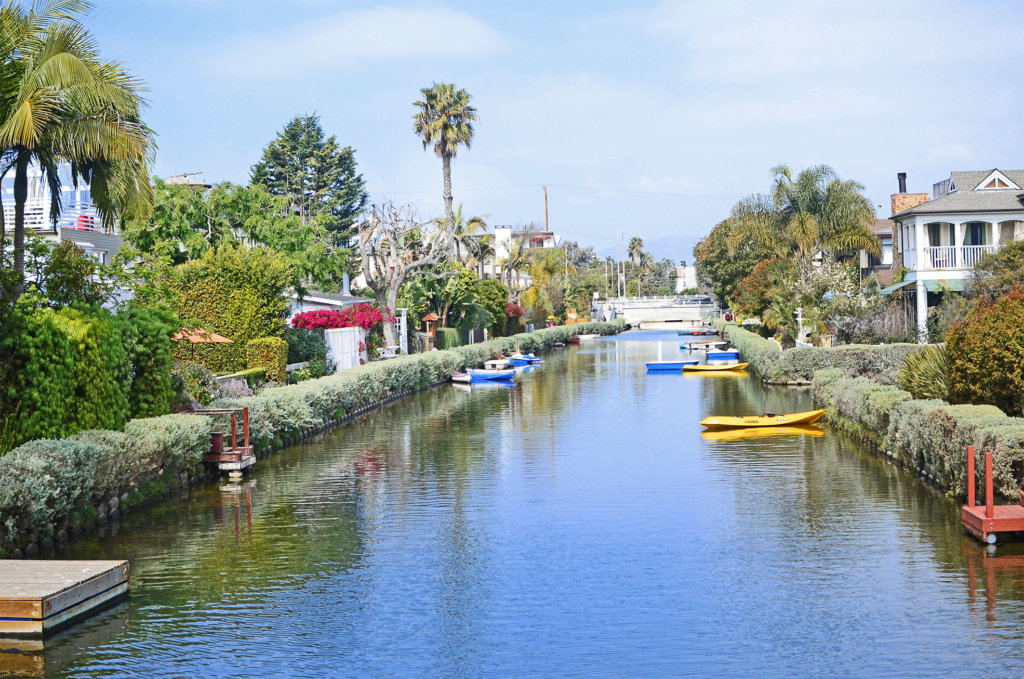 It’s possible to walk (or even better skate or bike) from Santa Monica to Venice Beach: it only takes about 30 minutes. 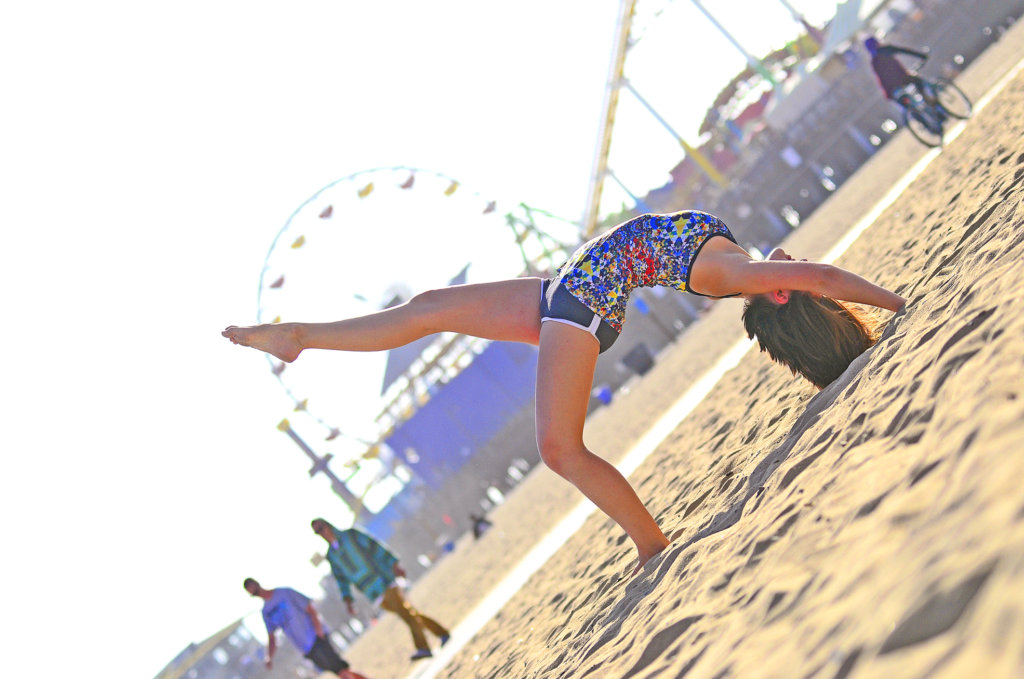 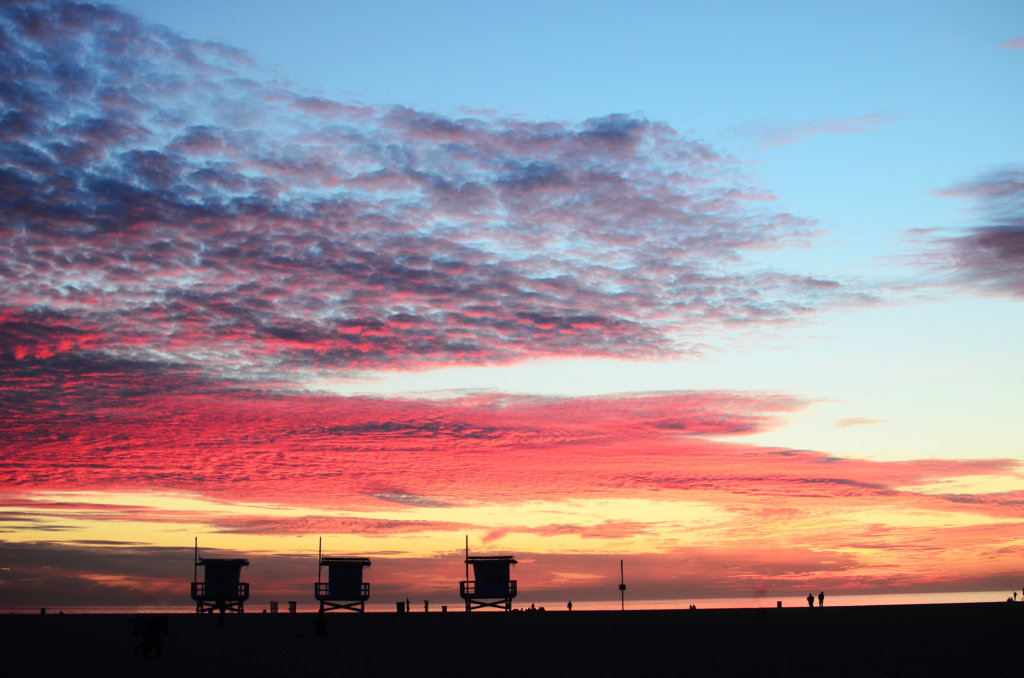 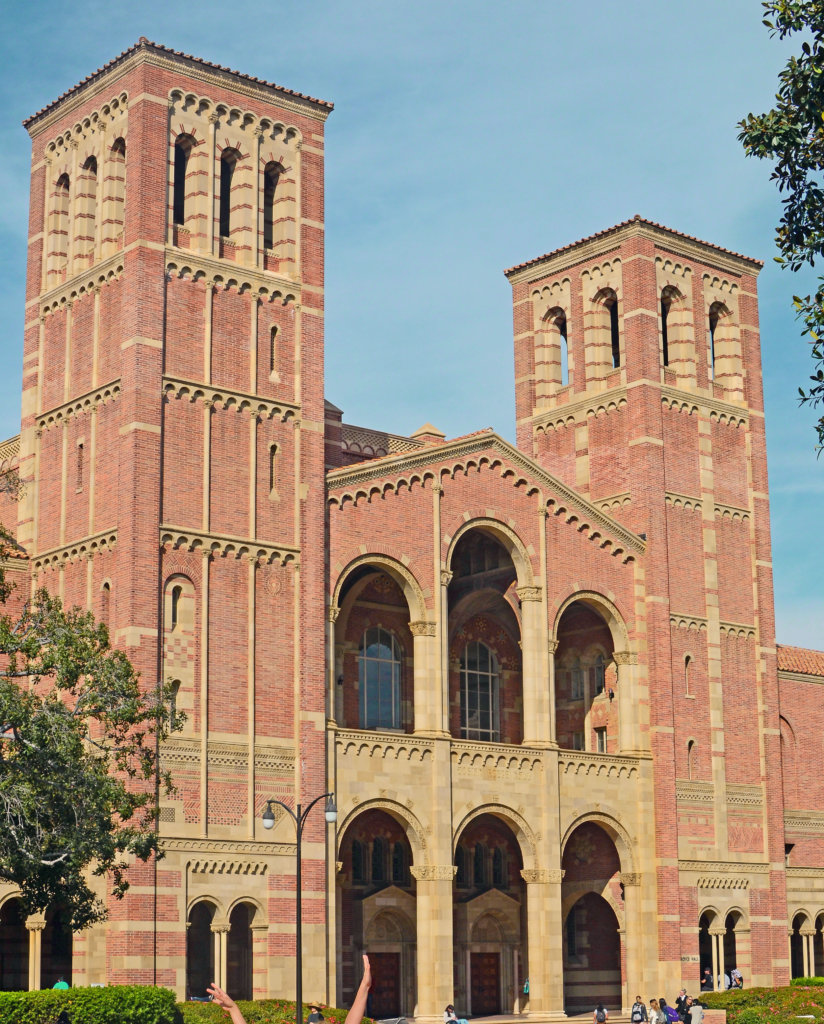 What to see in DOWNTOWN L.A. 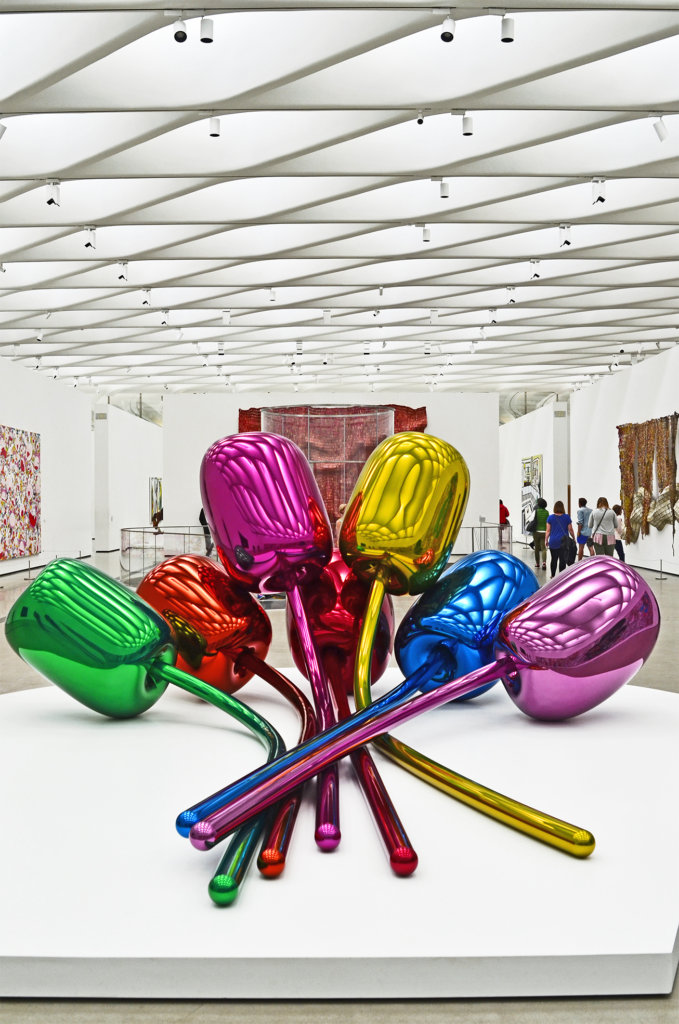 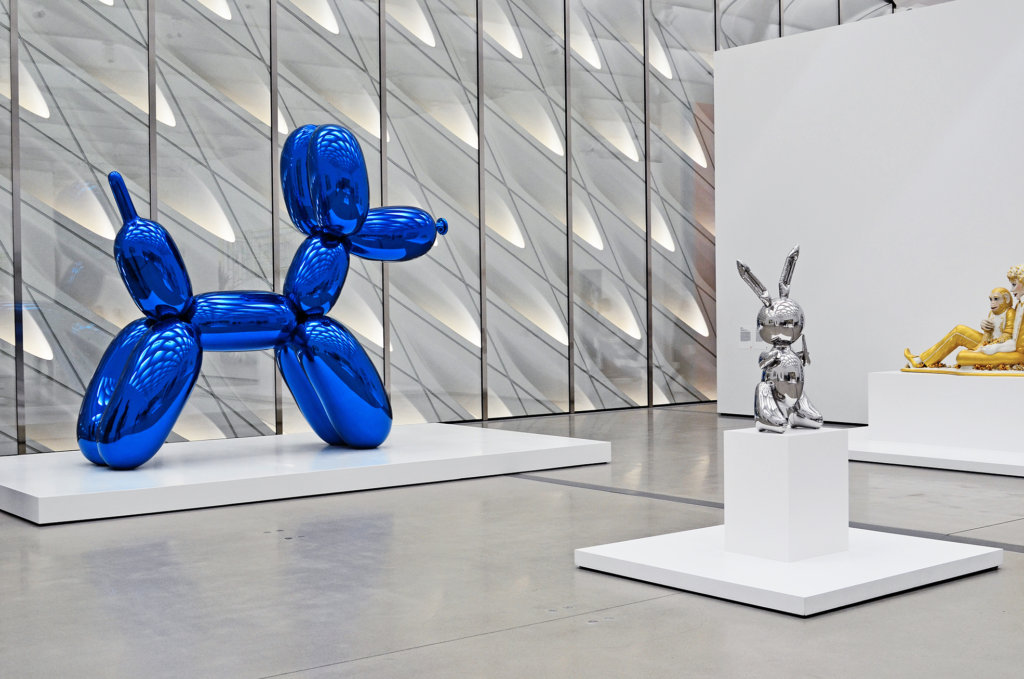 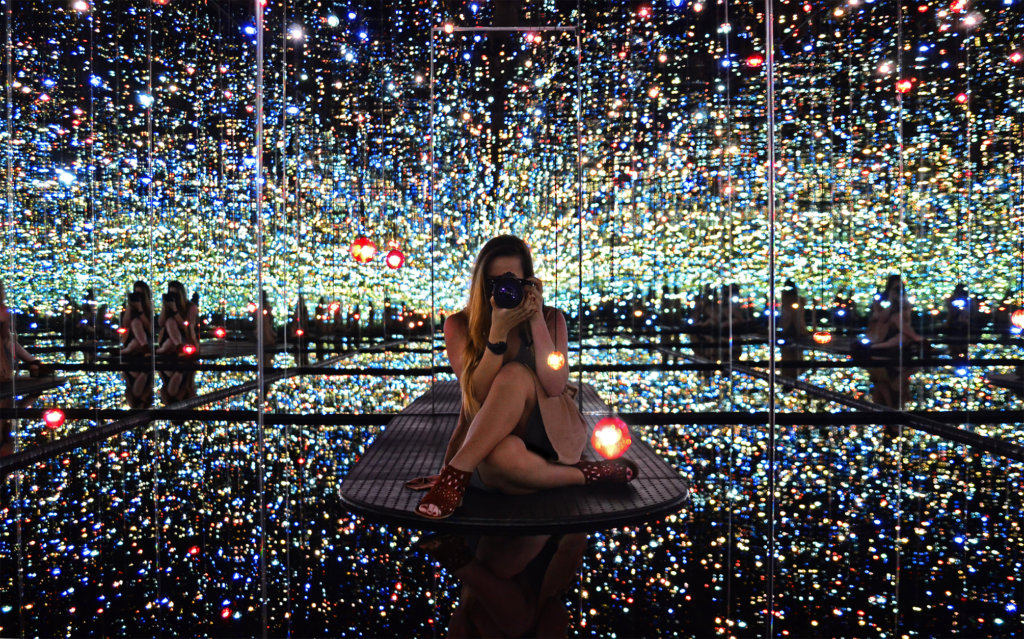 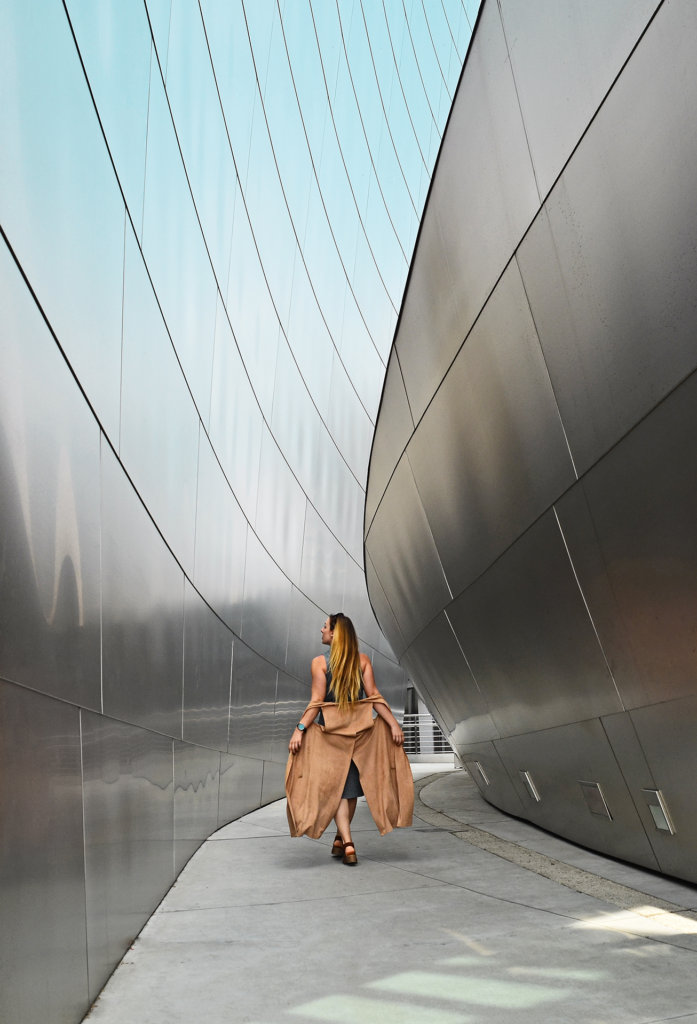 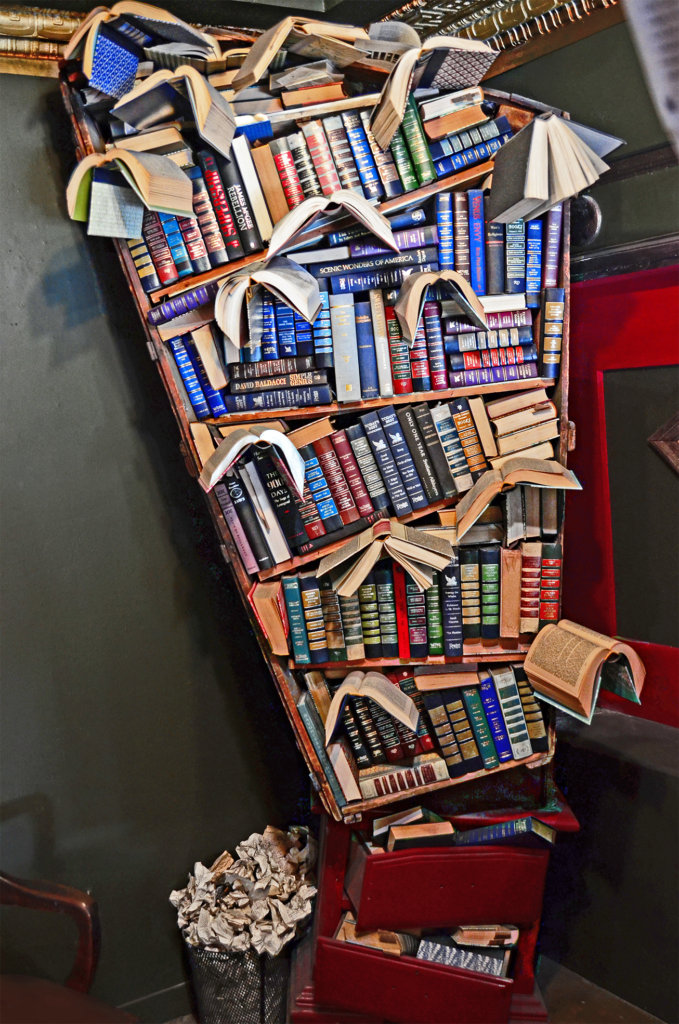 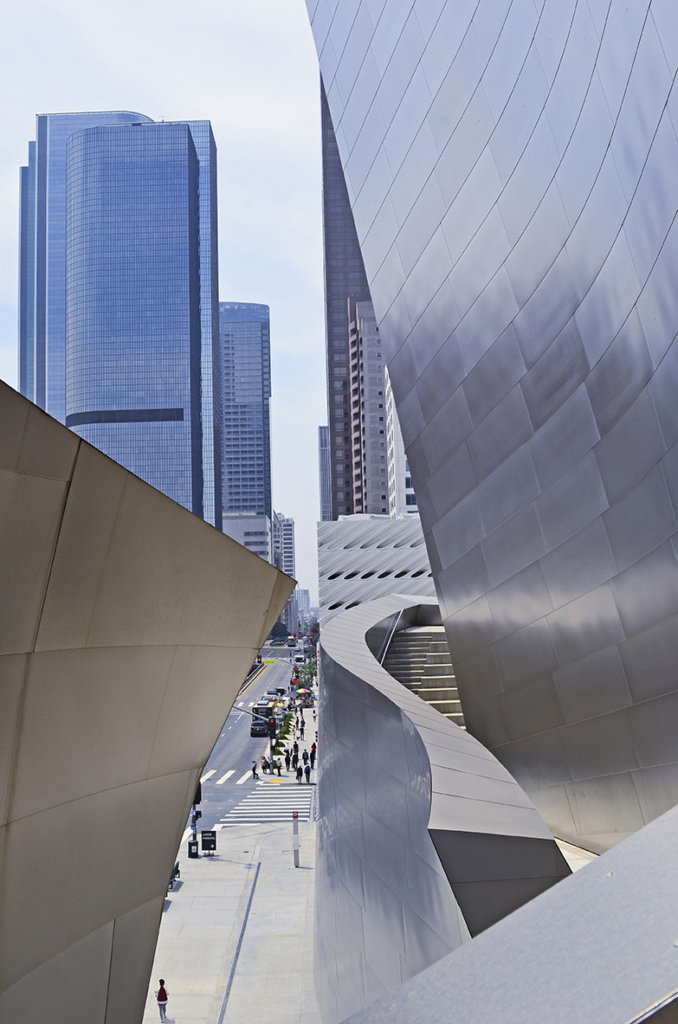 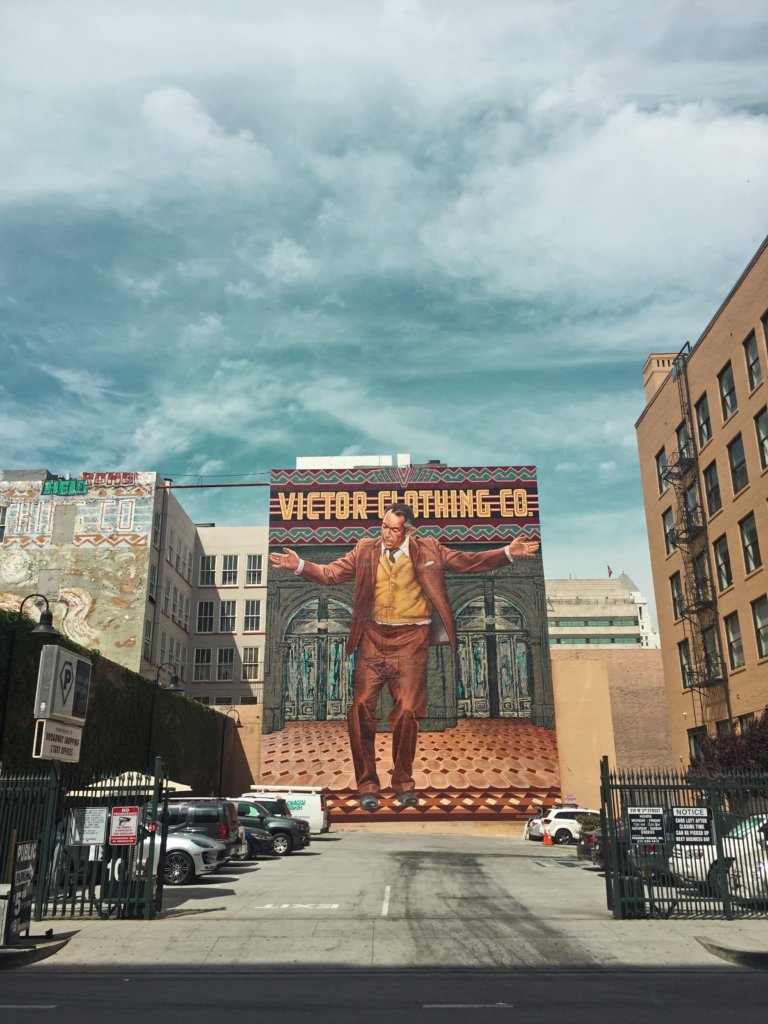 What to see in HOLLYWOOD 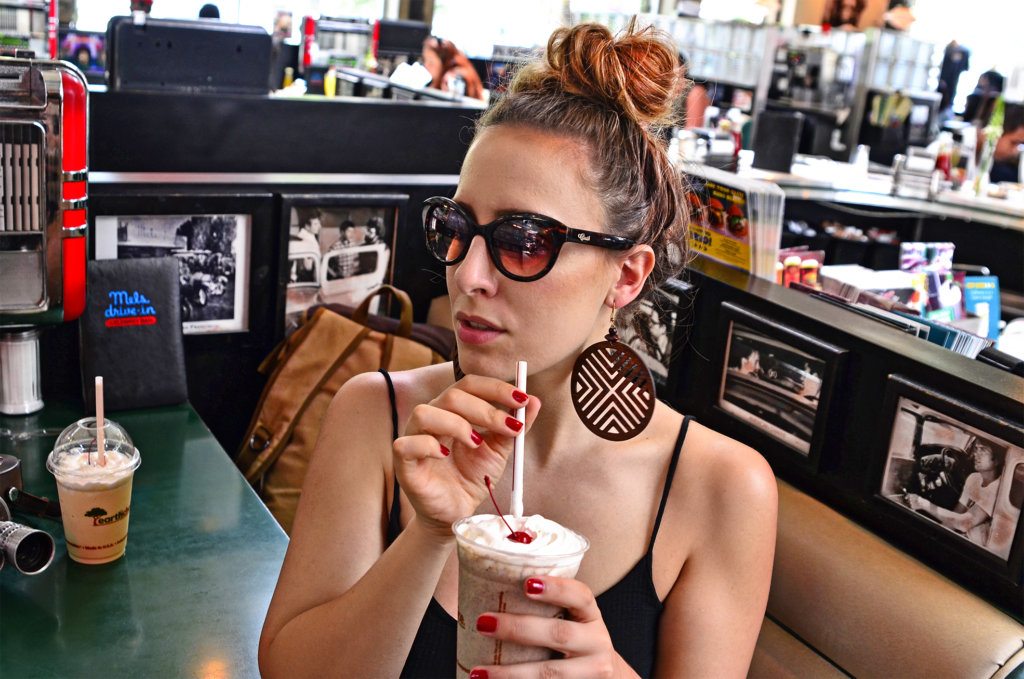 Must see and do in West Hollywood: Gay bars and shops’ strip – LACMA Museum – Shopping at The Grove – Farmers’ Market. 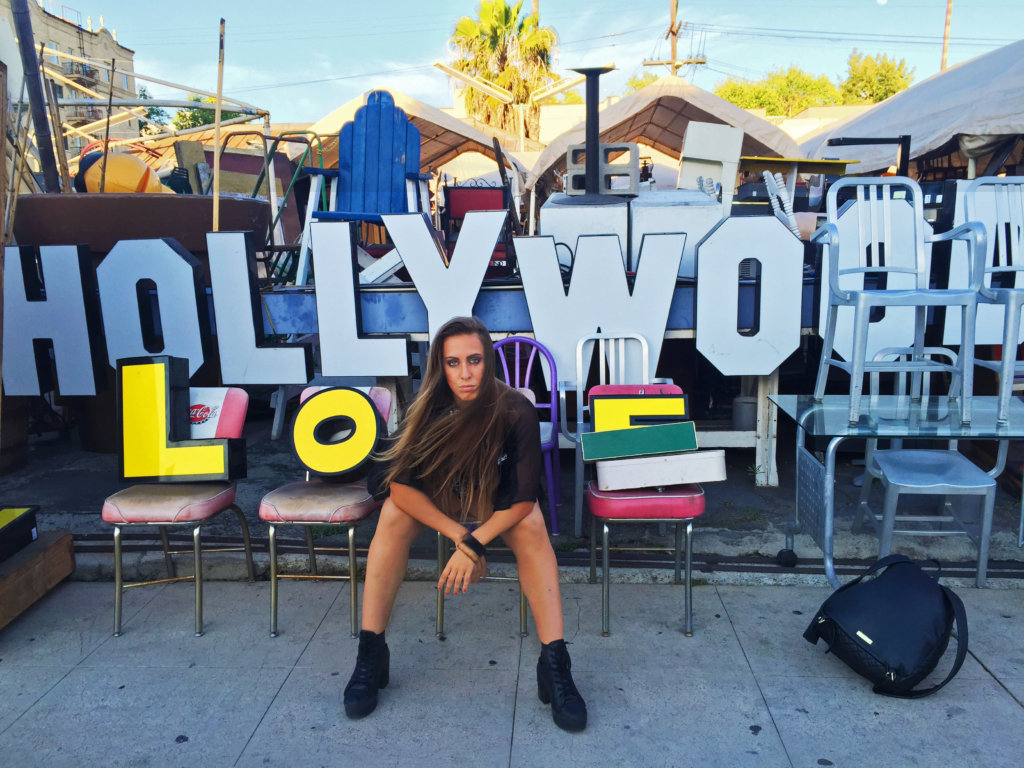 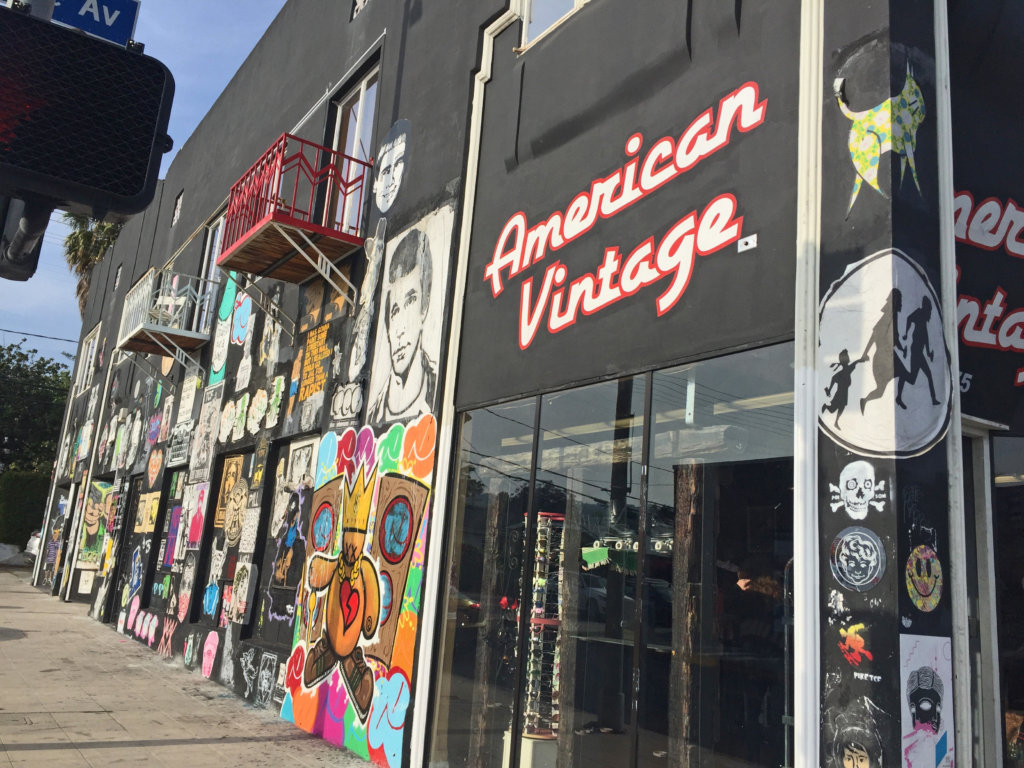 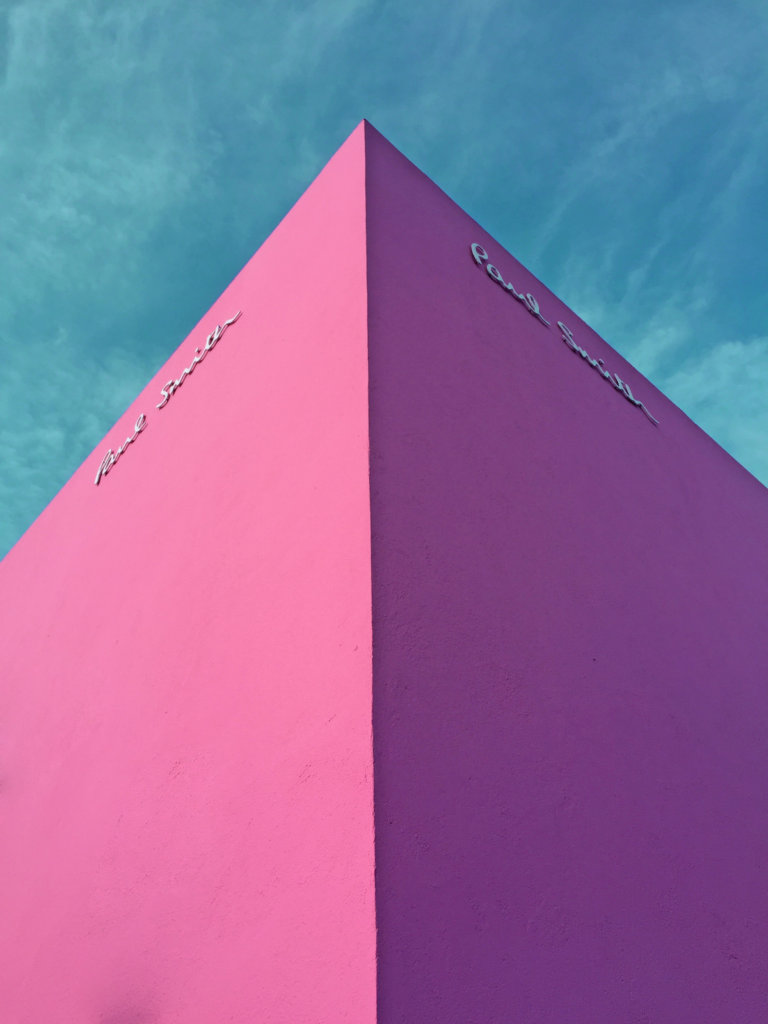 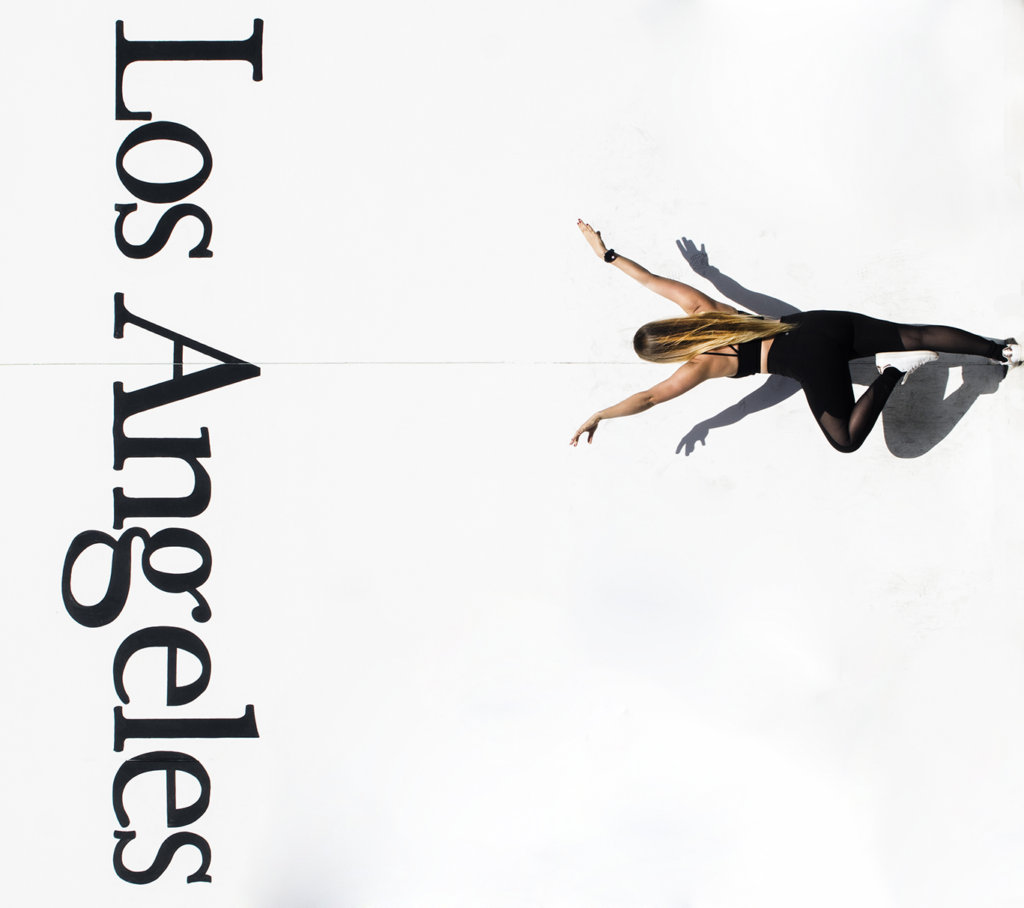 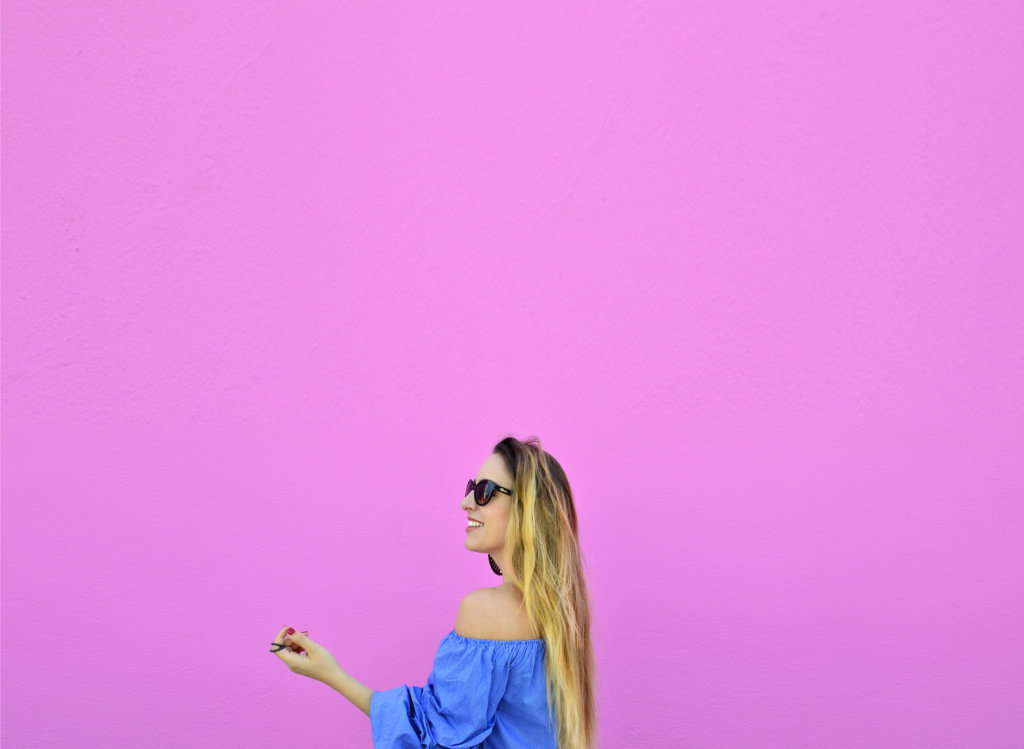 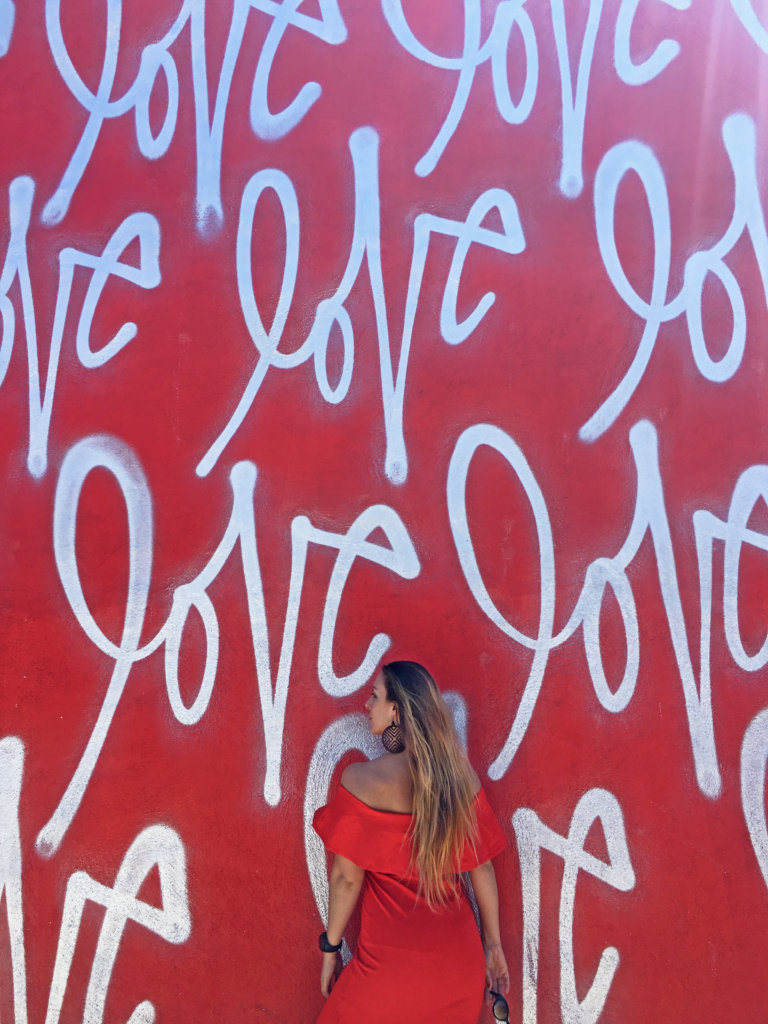 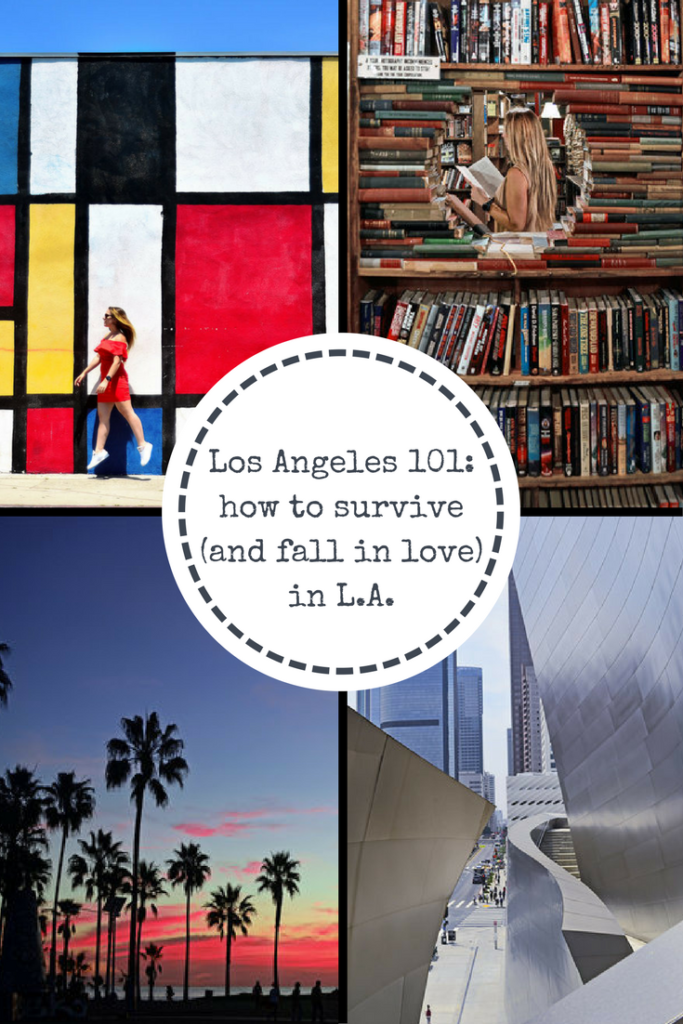 Again, LA is more of a place where I’d suggest people to MOVE and not just merely to VISIT. But if you just happen to visit, I hope you can get a little of its beautiful spirit.. LA got my heart forever and still (not so) secretly hope I can move back there one day!

If you love the United States don’t forget to check out the most photogenic spots in the American West and New York as well!

This website uses cookies to improve your experience while you navigate through the website. Out of these, the cookies that are categorized as necessary are stored on your browser as they are essential for the working of basic functionalities of the website. We also use third-party cookies that help us analyze and understand how you use this website. These cookies will be stored in your browser only with your consent. You also have the option to opt-out of these cookies. But opting out of some of these cookies may affect your browsing experience.
Necessary Always Enabled

Any cookies that may not be particularly necessary for the website to function and is used specifically to collect user personal data via analytics, ads, other embedded contents are termed as non-necessary cookies. It is mandatory to procure user consent prior to running these cookies on your website. 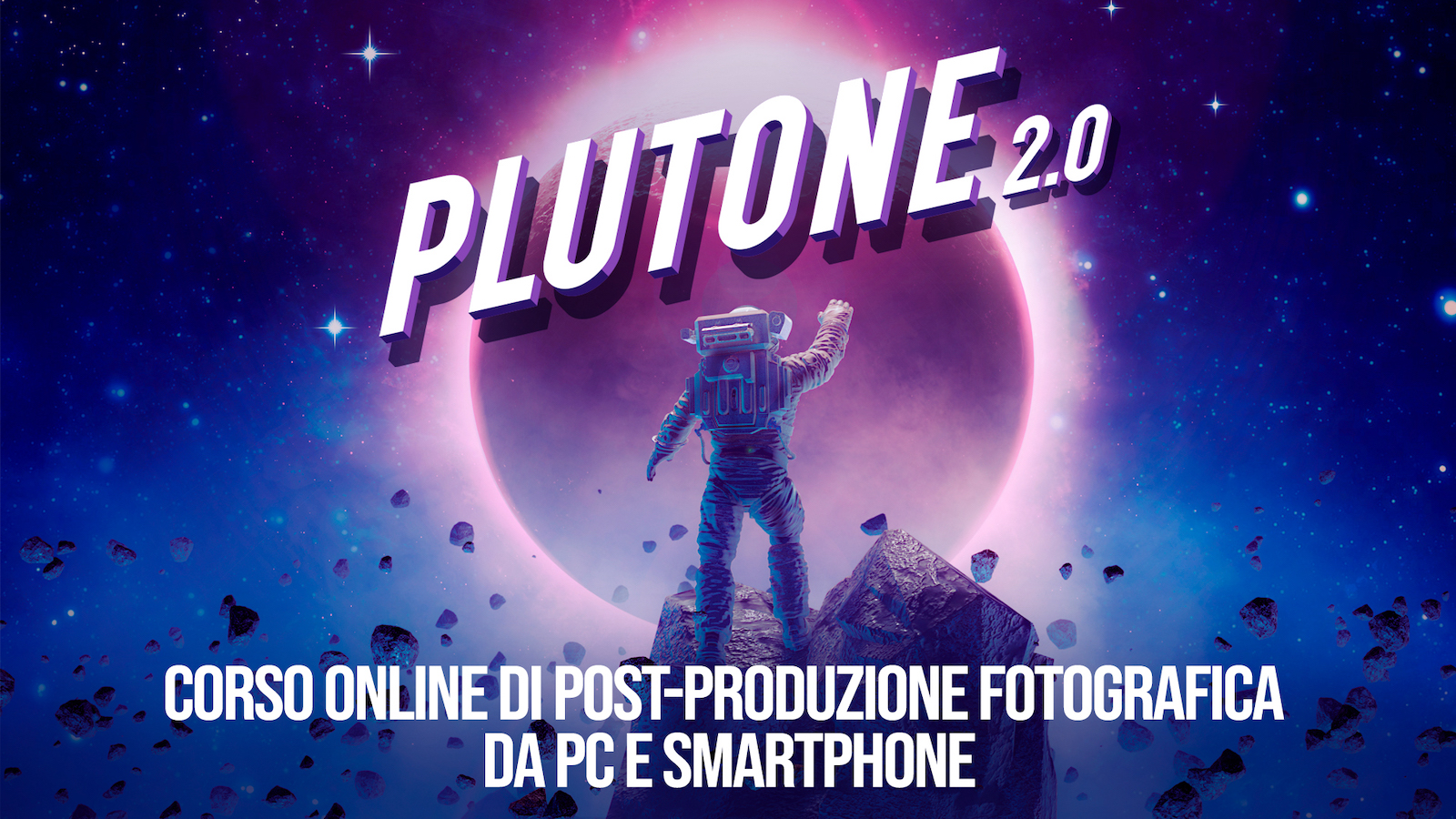 NEVADA, ARIZONA AND UTAH: A ROAD TRIP THROUGH THE AMERICAN WEST