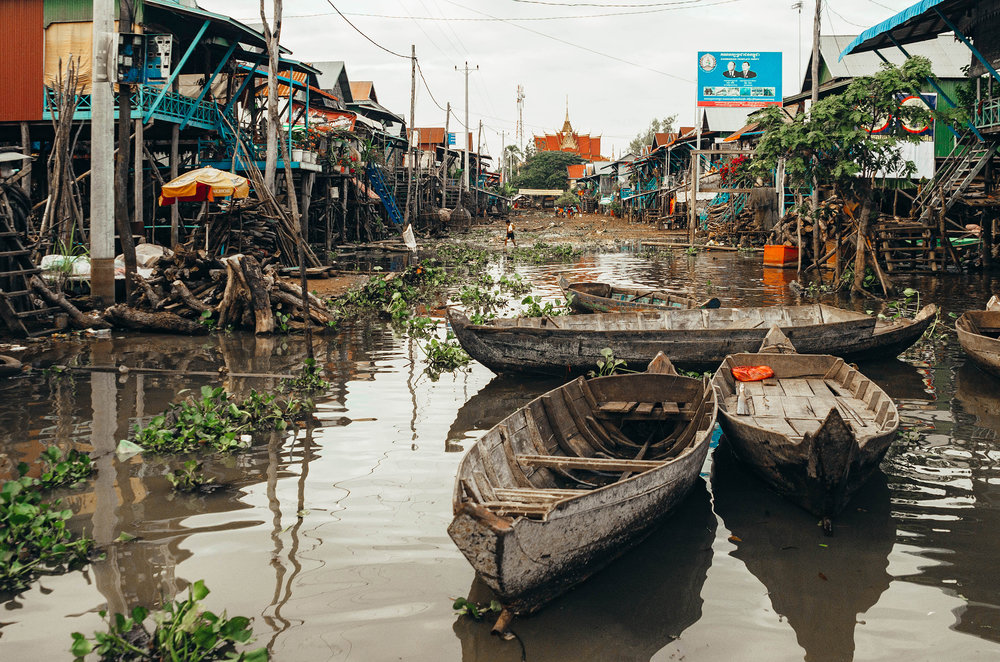 During my latest solo trip in Asia this November I decided to randomly book a flight to Cambodia and explore Siem Reap for a few days.

I didn’t do any research on Siem Reap since I was supposed to be in Indonesia that week (Mt Agung erupted so… see you another time Bali!), but when I got in town I started looking more into the various activities, till I bumped into the highly-advertised “Floating Villages Tours“.

After some researches, I quickly discovered that some villages, like Chong Kneas, have a very bad reputation and are known for being “touristic traps and scams”, having lost all their authenticity.

Even though I was convinced that I was getting into a very annoying touristic activity and that the experience would have felt extremely inauthentic, I decided to book a tour anyway organized by Onederz. 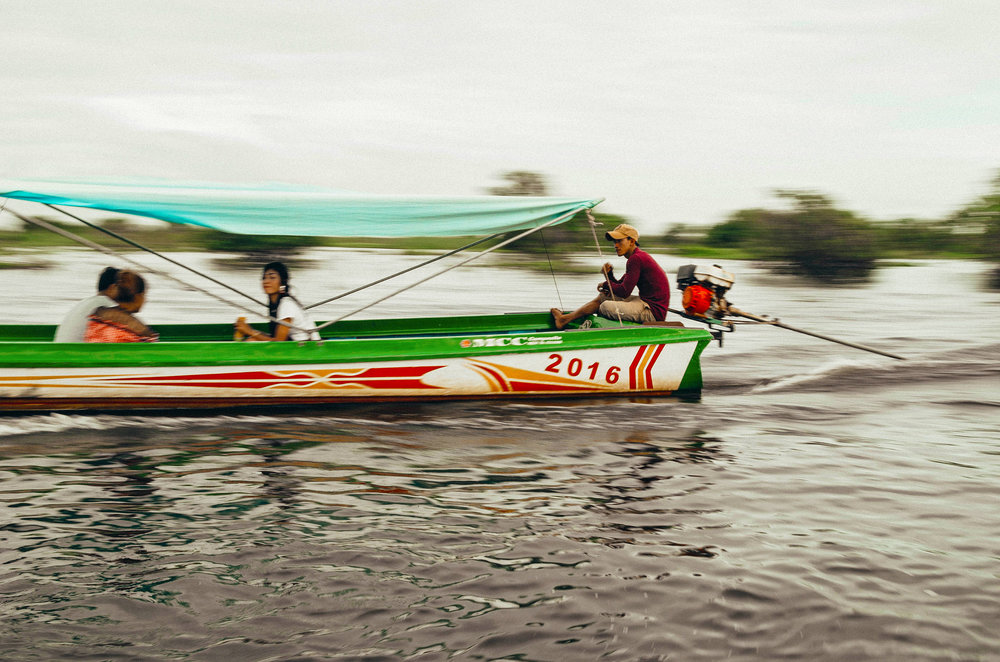 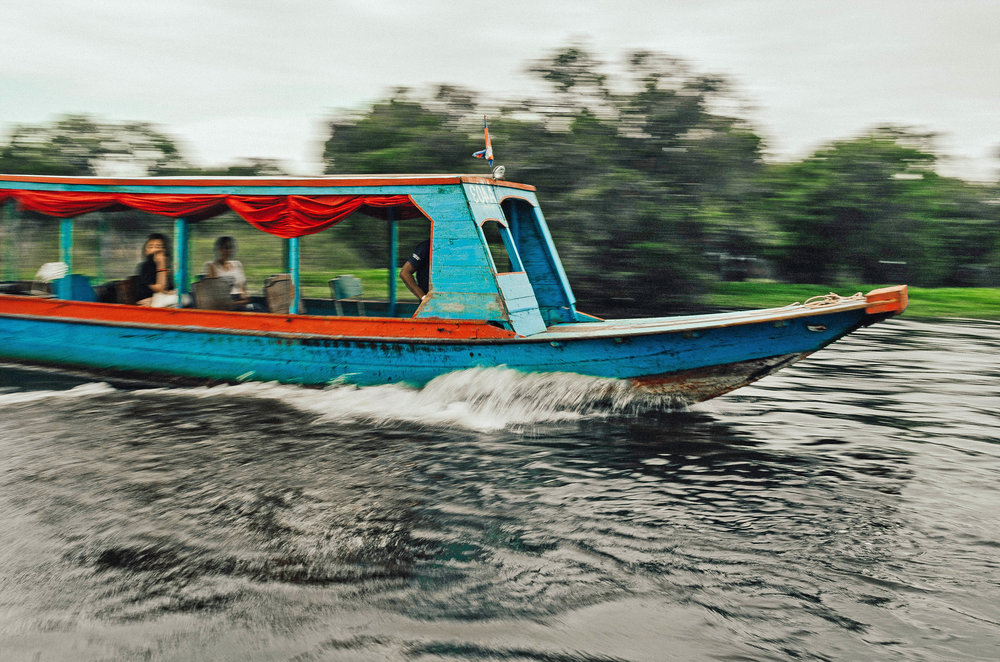 Around 2pm our driver took us to Tonle Sap lake, around 1 hour and 15 minutes drive from Siem Reap. On site there were big colorful boats, mainly run by children, waiting for tourists. Our boat ride was already included in the price so we jumped on a boat (obviously conducted by a child!) and headed over to Kampong Phluk.

Please mind that even though I’m usually a total control freak when I travel, I didn’t decide to visit specifically Kampong Phluk. Our driver just took us there.. and I’m glad he did. 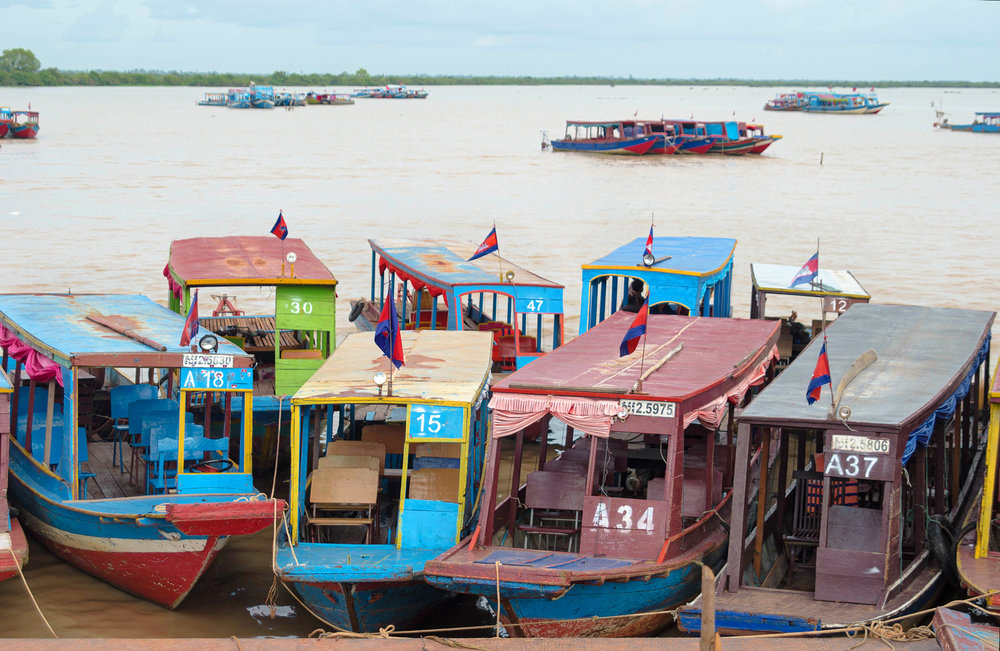 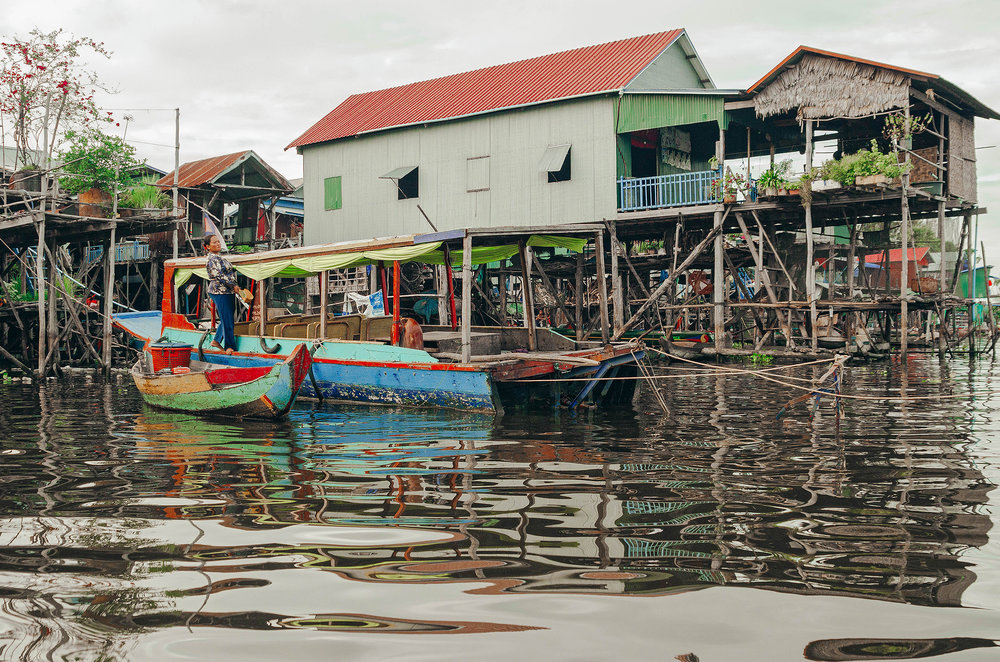 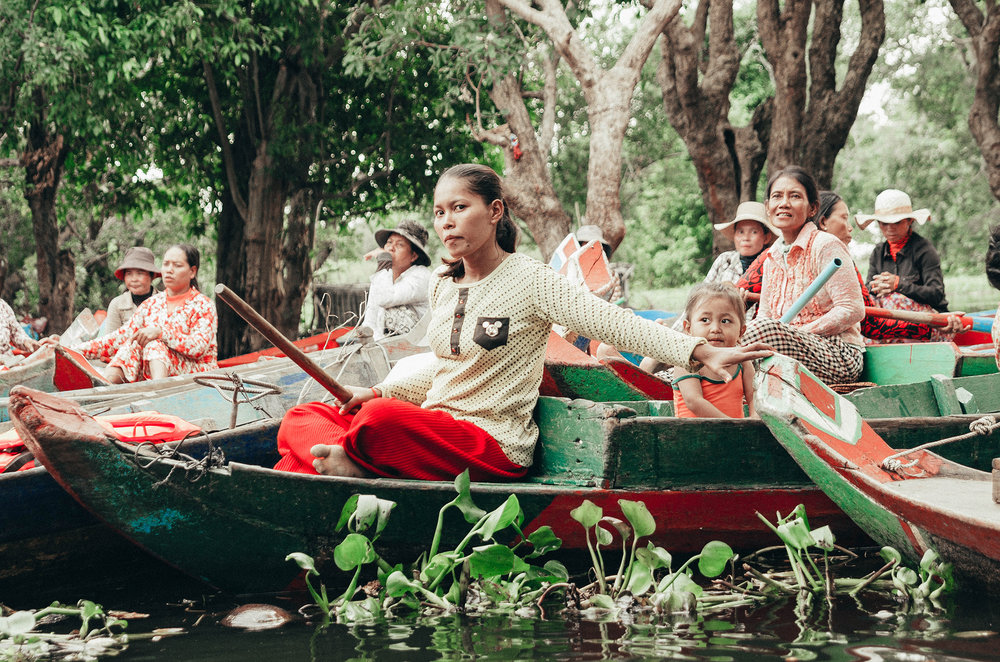 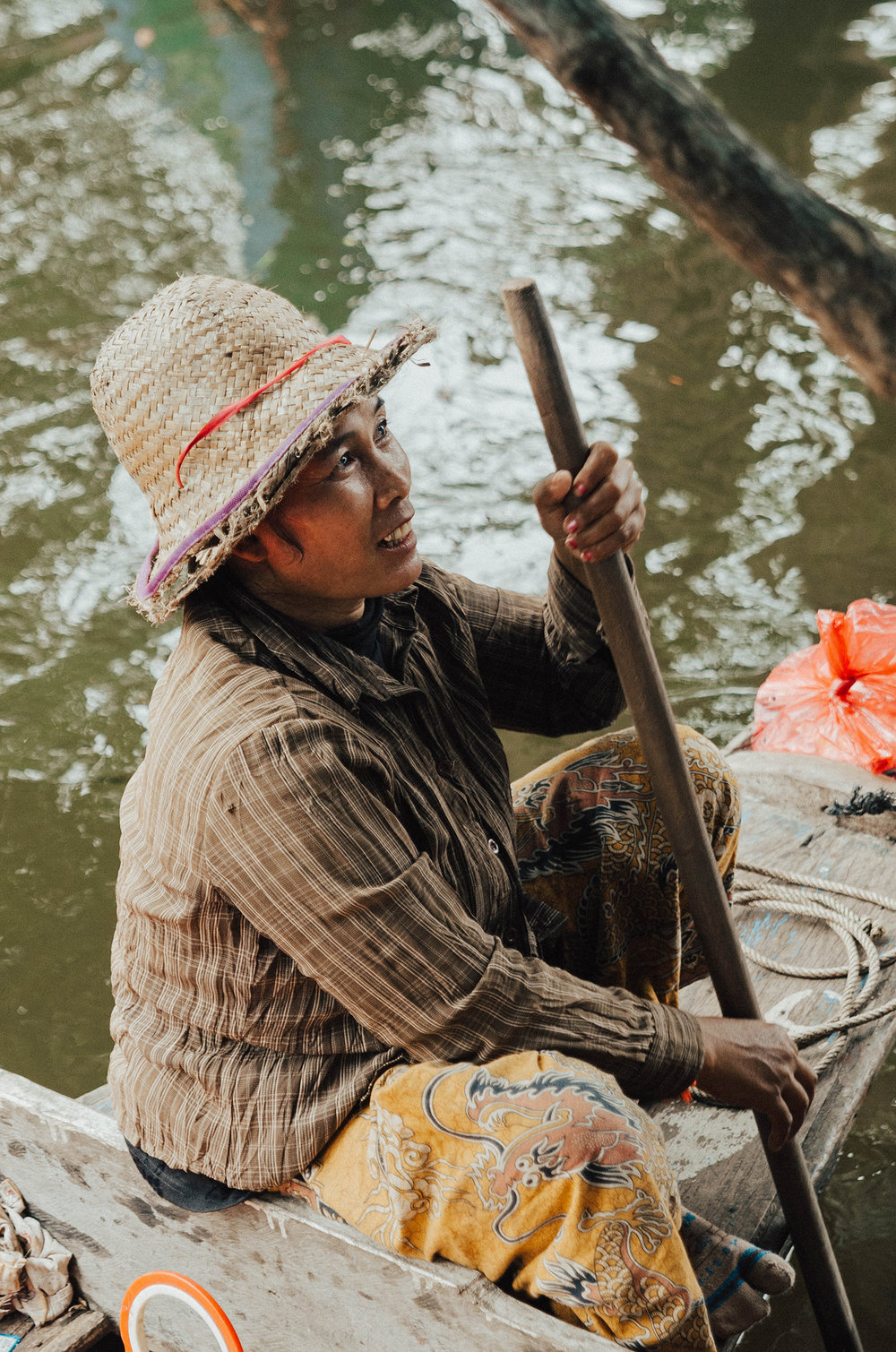 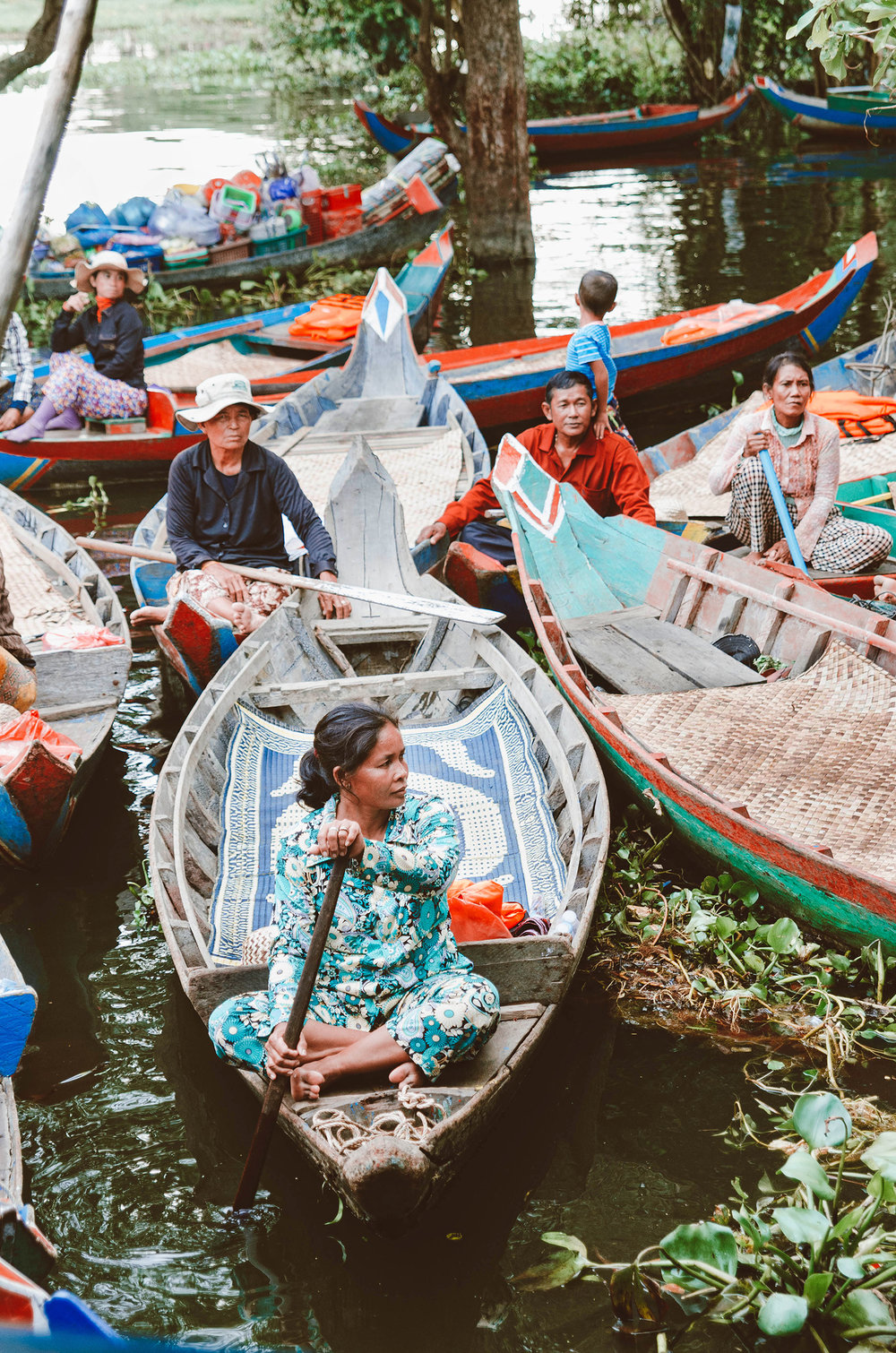 During those days in Cambodia I was so restless that I didn’t do much research on the villages (I focused more on the Khmer Rouge regime and the effects on the country), but this is what I found out after I took the tour:

“There are 700,000 ethnic Vietnamese living in Cambodia, a country that doesn’t consider them as citizens even though they’ve lived in the country for generations.

Most of the ethnic Vietnamese arrived in Cambodia during the French Protectorate (1863- 1953) to work in administration positions and in the countryside. In 1975, the Khmer Rouge took power and the Vietnamese were forcibly deported to Vietnam or killed. During the exile, most of them lost the papers that proved their Cambodian origin. On their return in the 1980s, they were considered migrants and became stateless. 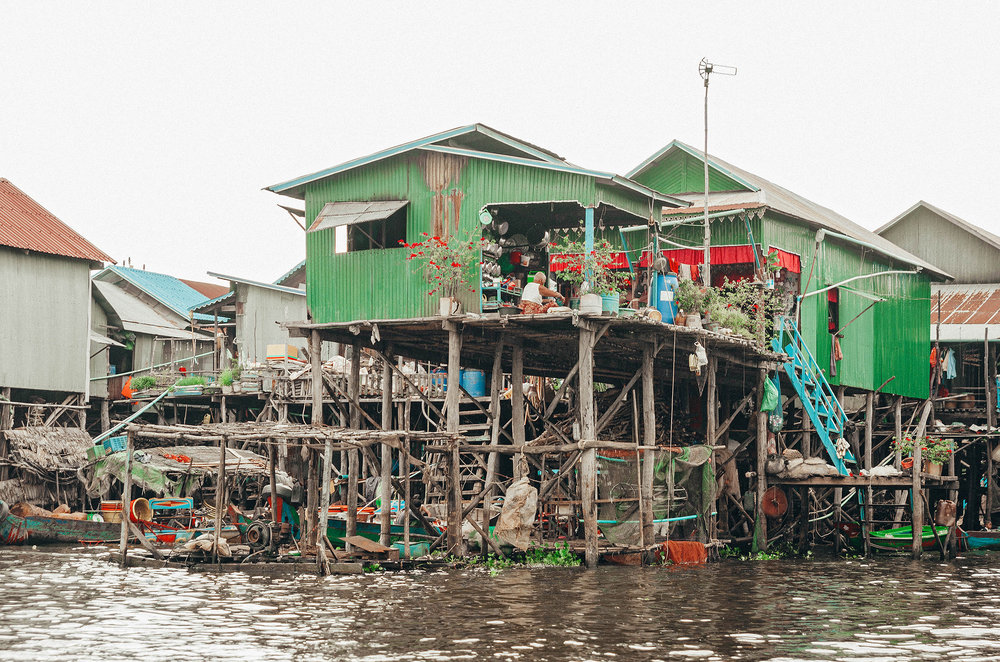 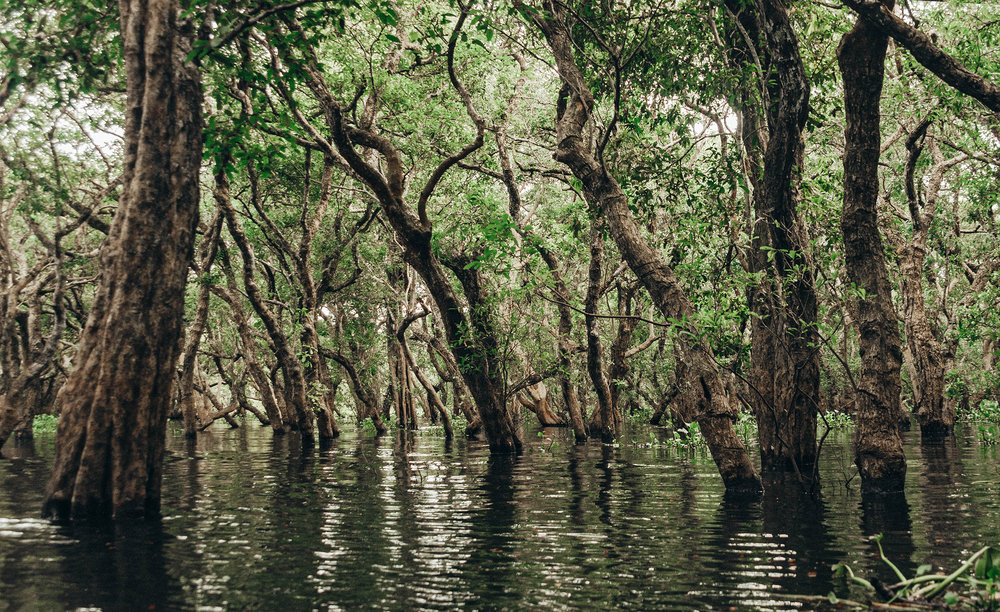 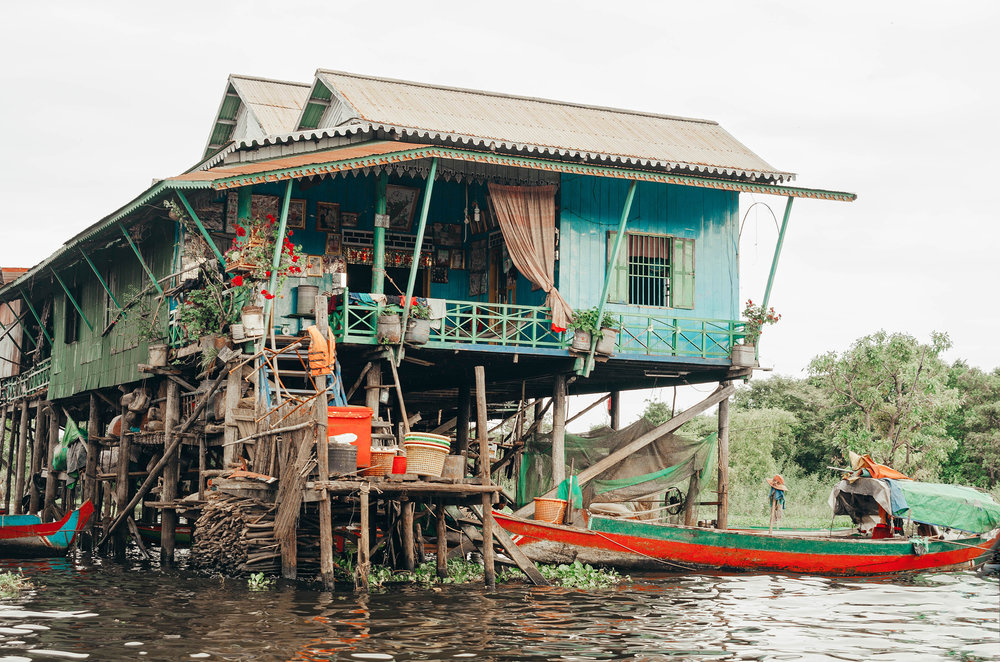 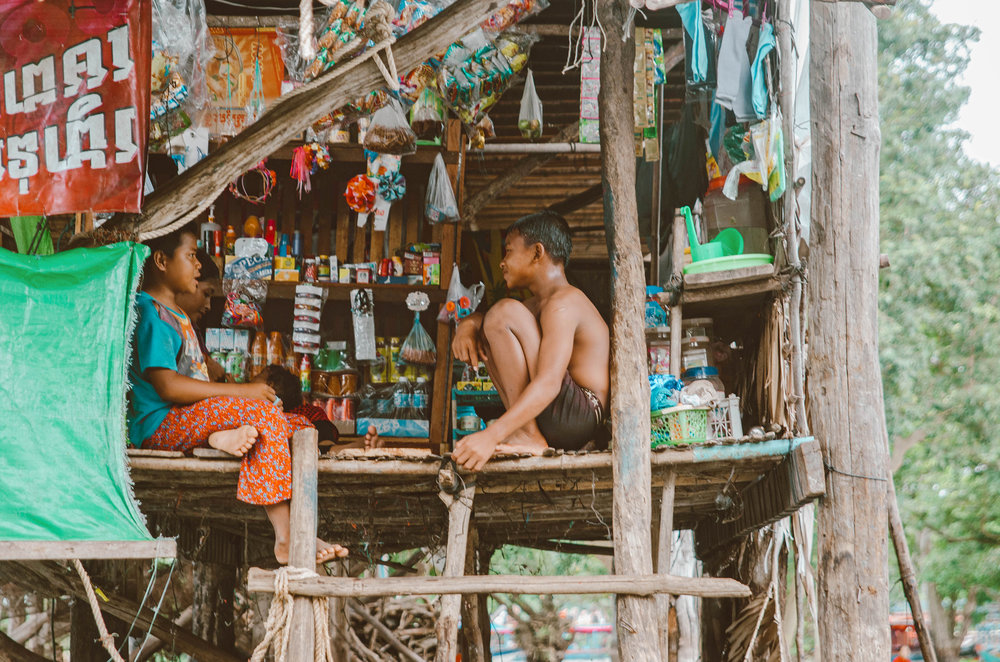 The experience navigating through this village felt to me like I was transported to another world for a few hours.

But unfortunately it wasn’t another world, it was OUR world.. I was just fortunate enough not to be born without a land, without running water, without normal hygienic conditions…

Some locals looked at me like I was the real attraction, some smiled and waved, some encouraged their children to say “BYEEEE” to the foreigners (the only word they knew). Some others just stared at me with empty eyes, like they were thinking “Why me and not you? Why do I have to live in this way and you don’t? You’re just coming here to watch us like it’s a show, but I’m not a show. This is real”. They looked deeply hurt. And I was hurting too. It was a big “awakening” moment for me.

Nope, it wasn’t like what I red on the Internet. It didn’t feel touristic at all since there were very few foreigners, lost in this jungle of floating houses, plants, hard work and suffocated sadness. It felt very intimate, almost like I was spying and sneaking into somebody’s else life. 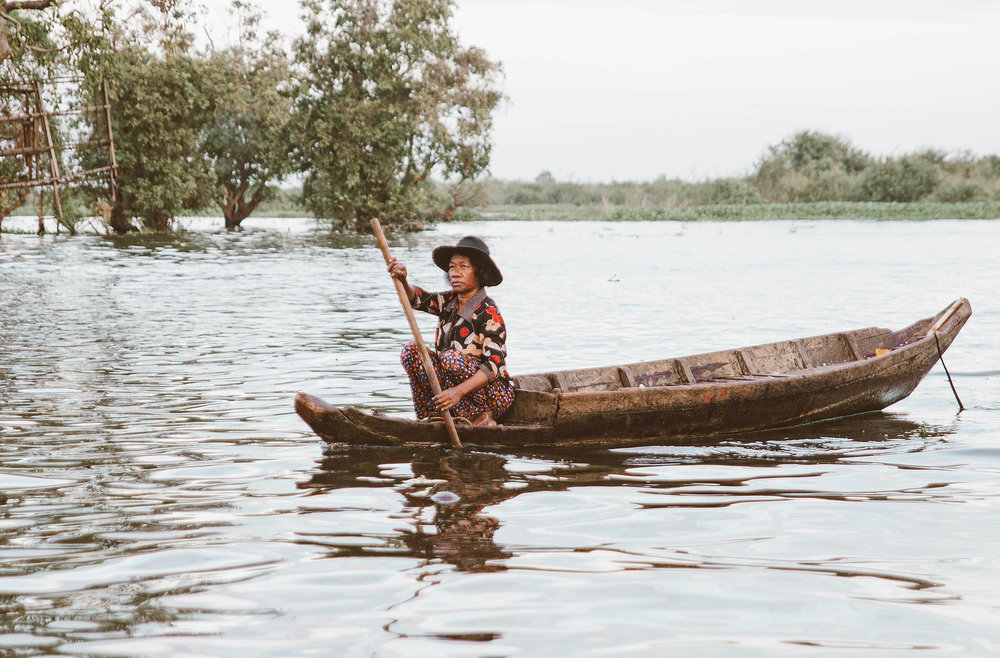 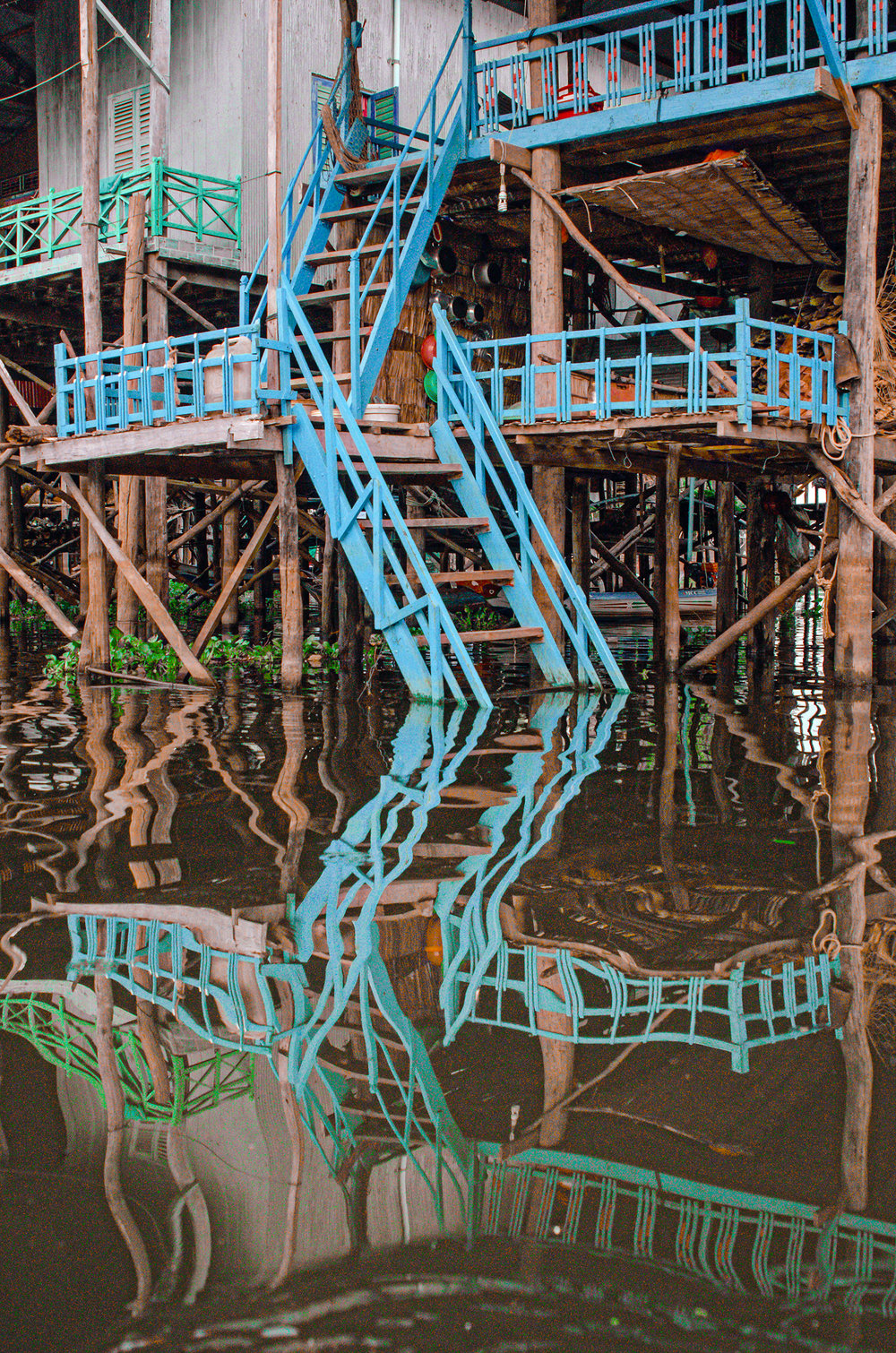 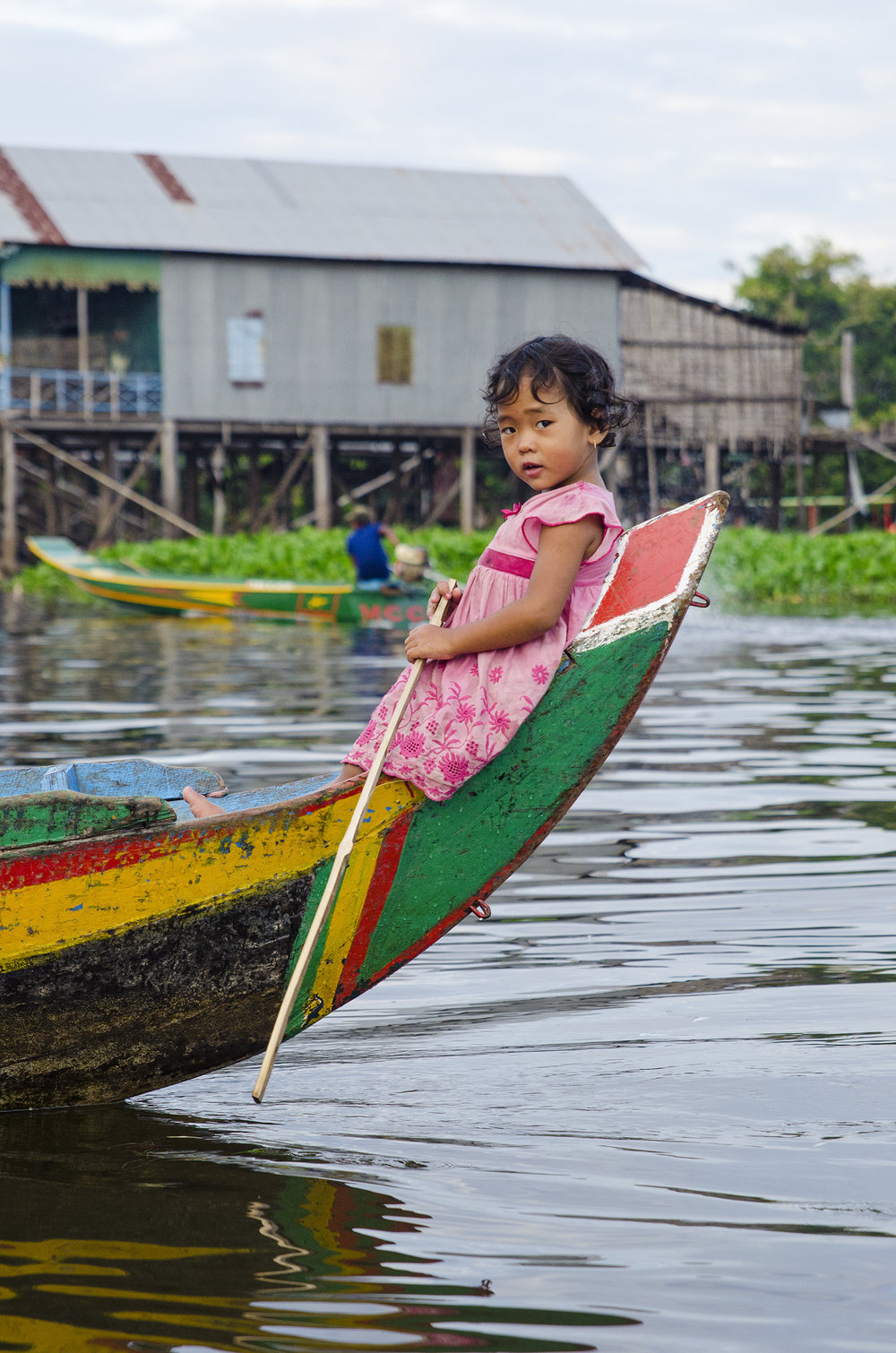 The locals’ lives depend upon the ebb and flow of the Tonle Sap Lake. Most of them are fishermen: the local touristic activities are run mostly by women, while the men are out there on the lake fishing. 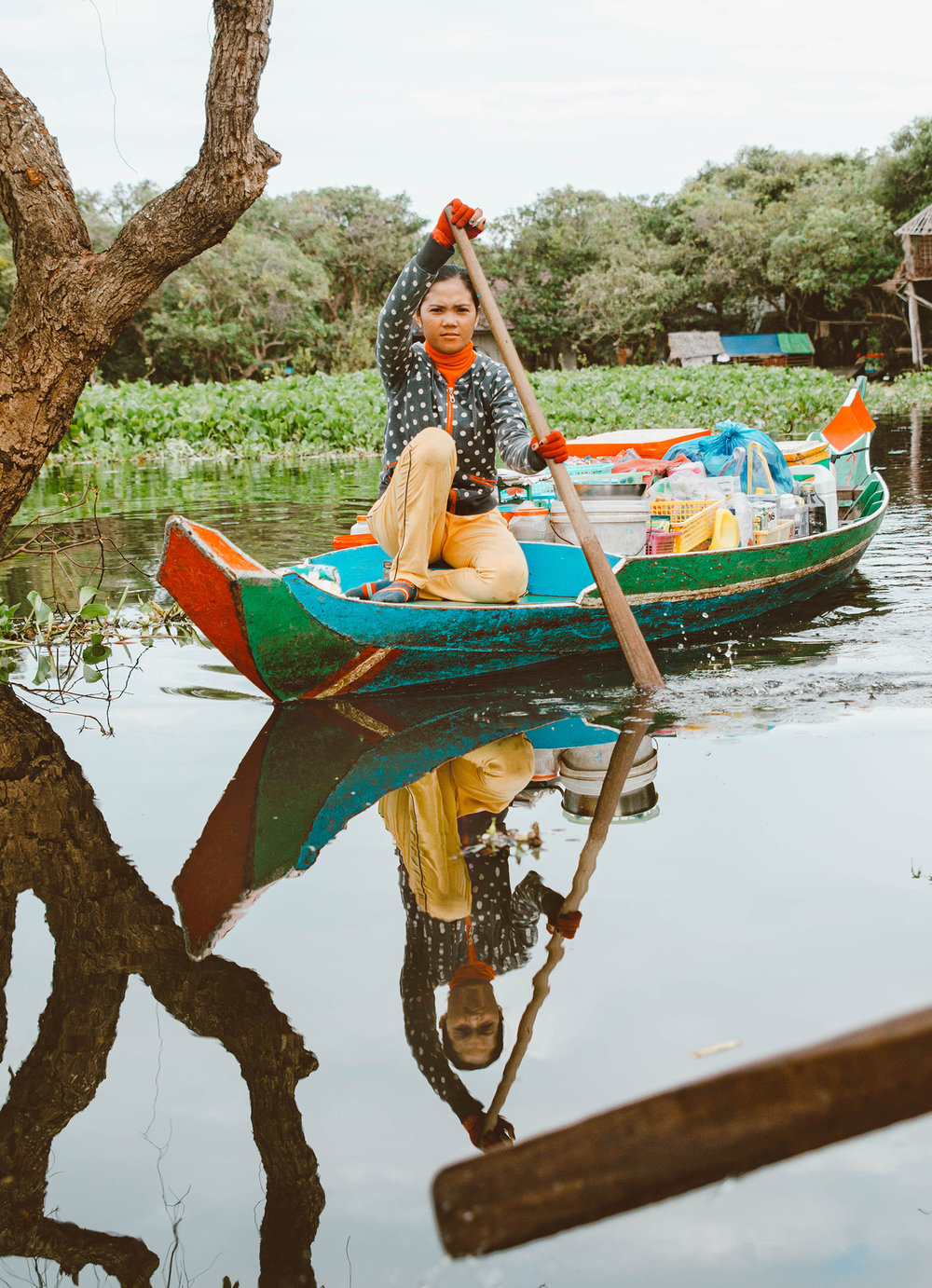 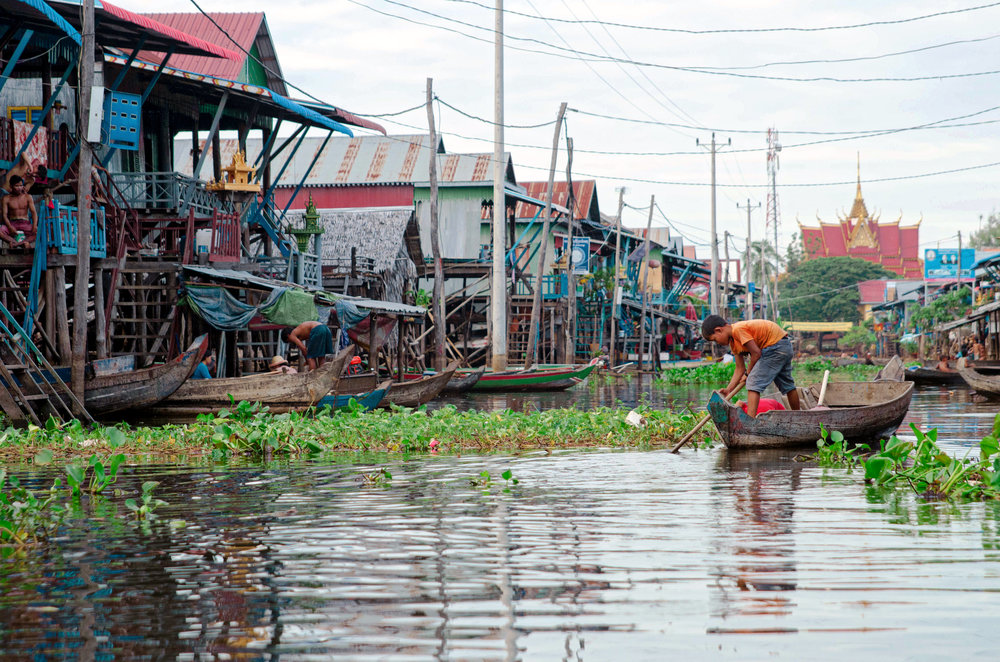 There’s no running water, so they have to use the lake’s water to cook and wash themselves.

I almost felt ashamed of my clean clothes, of my blonde hair, or my pricy camera. I kept thinking that the world really is an unfair place. But most of the locals kept smiling and were friendly with us. 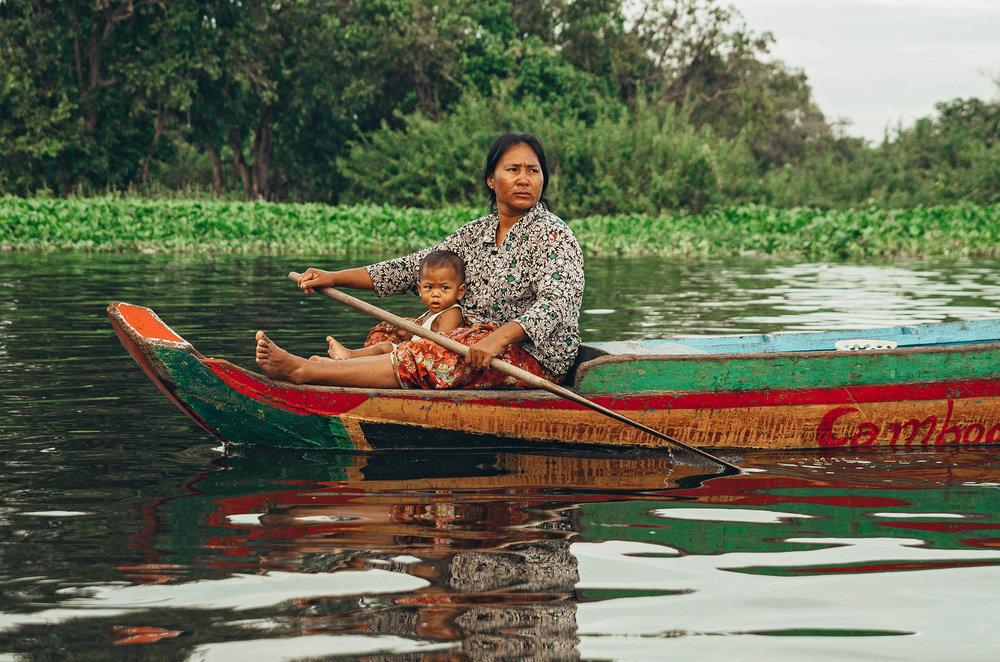 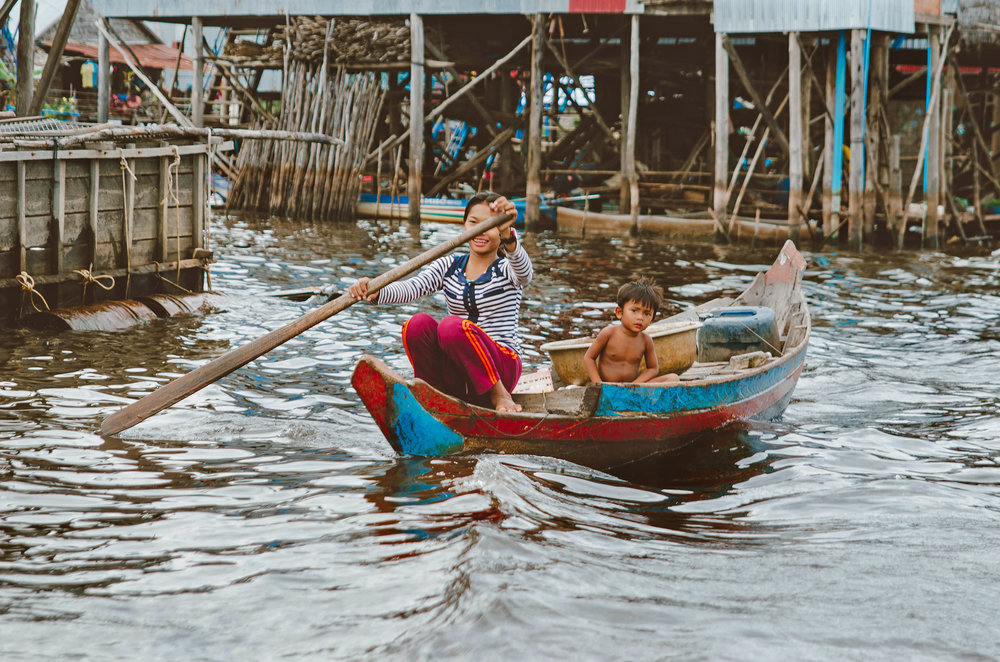 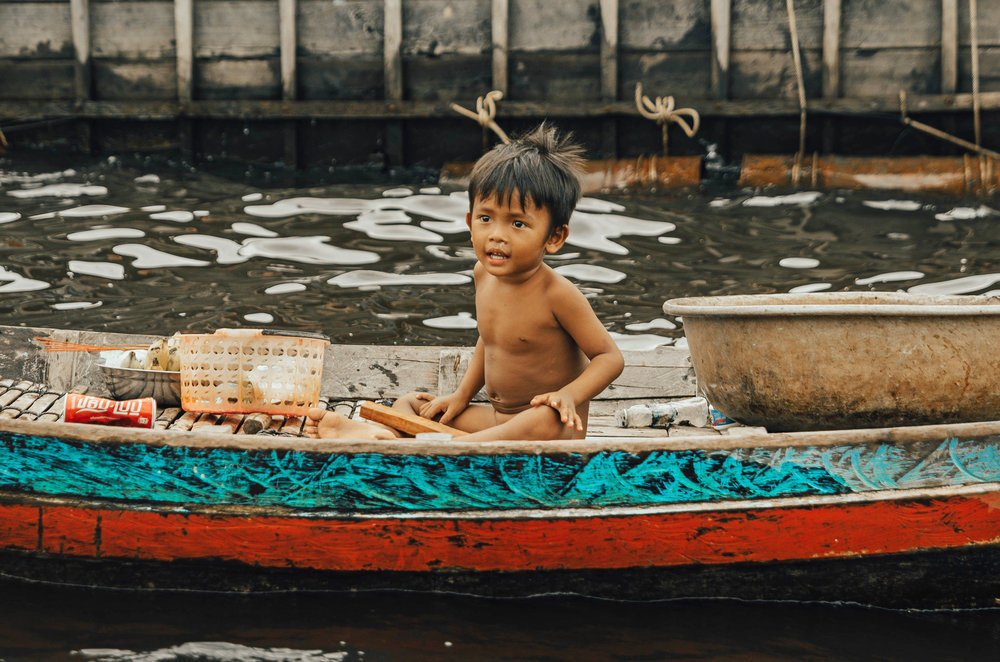 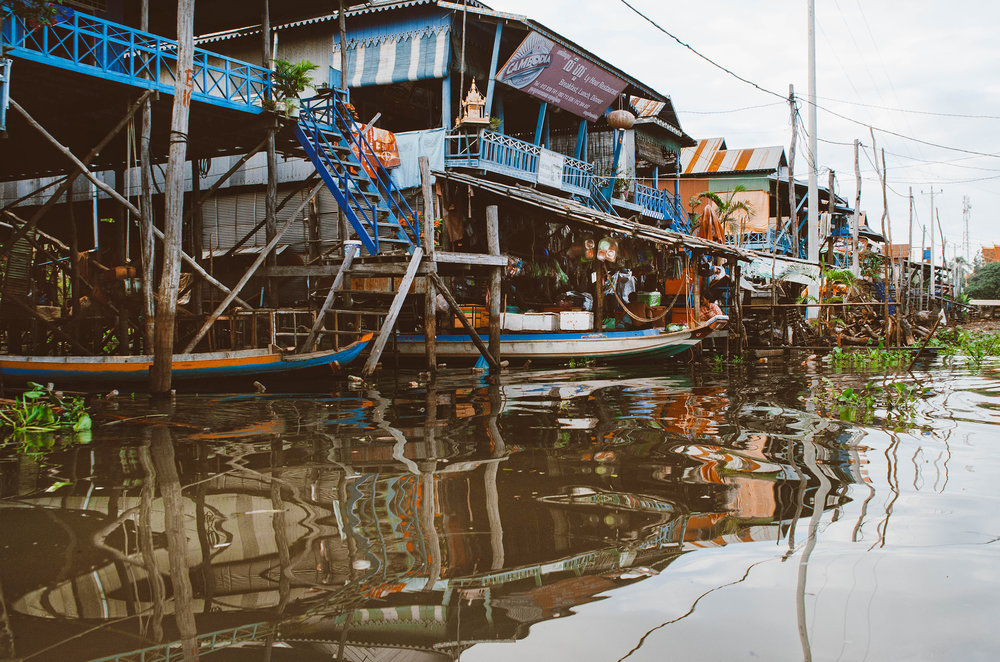 We ended the tour admiring the sunset on Tonle Sap Lake. It almost felt like we were looking at the Ocean. 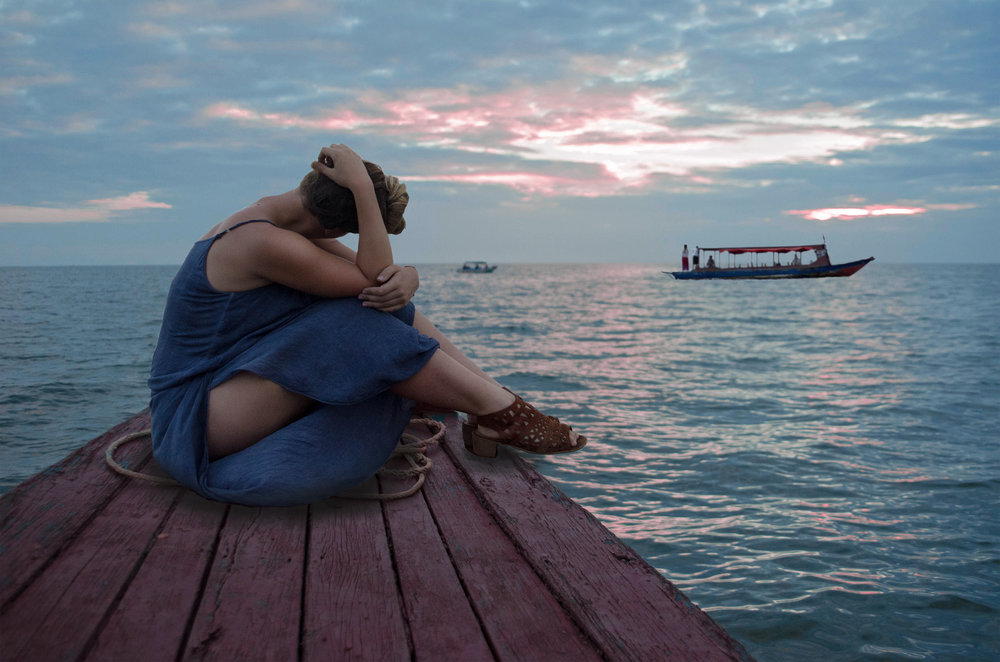 I’m including the total cost of my tour since it looks like a big topic on the web, even though I feel this experience had nothing to do with the price.

My entire trip to Cambodia felt a little bit like a rip-off unfortunately, because I couldn’t help myself but think that in Europe I’d have probably paid the same prices (or much less, actually) and some locals were trying to take advantage of me… but it was still totally worth it, and this place is a must emotional see. I hope the money I paid benefitted the community in some way.

I just wanted to share my experience with you guys so that I could spread some awareness. I posted this article deliberately after the Dubai ones because to me traveling is not all about luxurious hotels and how many likes we get on Instagram. Traveling sometimes hurts you, embarrasses you, makes you feel deeply uncomfortable, but in the end it wakes you up. 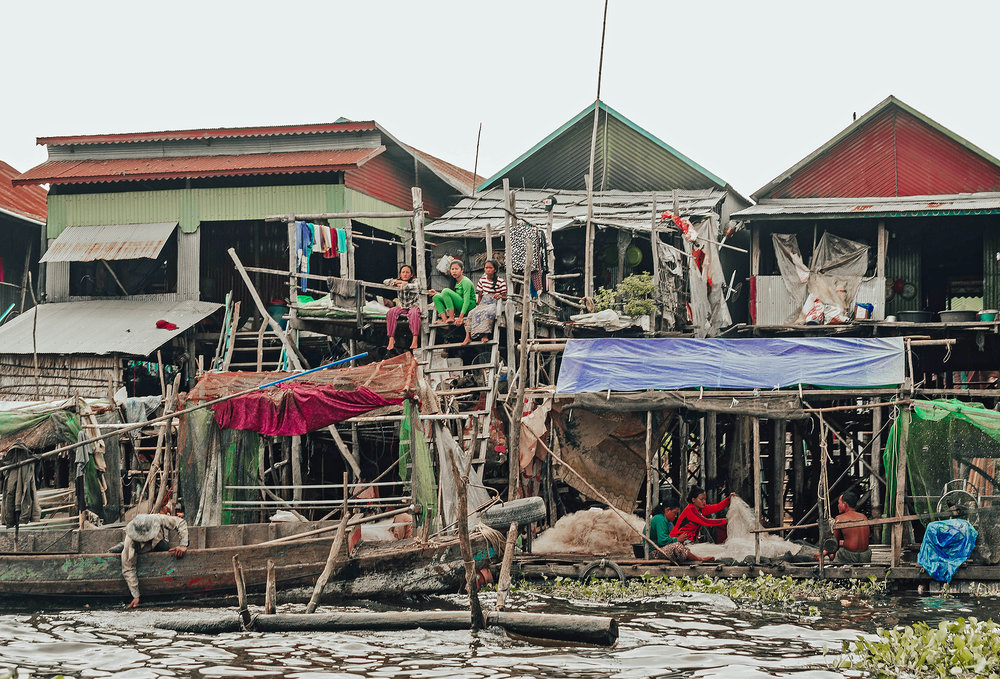 HELP ME SPREADING AWARENESS BY PINNING AND SHARING THE ARTICLE!

THE 10 MOST AWESOME THINGS TO DO IN DUBAI (& ABU DHABI)